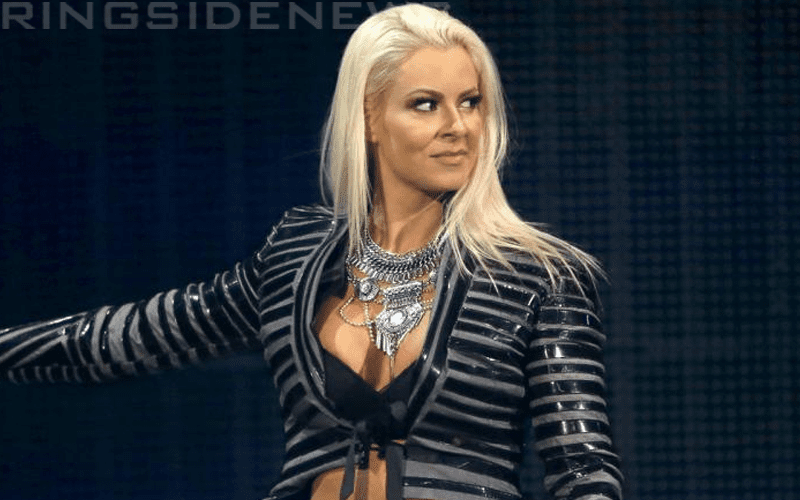 Maryse is currently pregnant with the It Couple’s second child, but she’s never saying never when it comes to an in-ring return.

The Miz’s wife was able to come back to the ring months after having her first daughter Monroe Sky Mizanin. She soon found herself in the middle of a high profile rivalry at the same time. However, with baby #2 on the way she doesn’t know what the future will hold.

While speaking to Gamespot, Maryse certainly didn’t rule out a return to the ring. The only question is how soon she might be able to come back this time around.

Maryse can currently be seen every week on Miz & Mrs so she’s not off of television. She just isn’t appearing in the ring.

She will likely always have a place in WWE whether she’s actually appearing on screen during RAW or SmackDown, but we will just have to wait and see what the future holds.