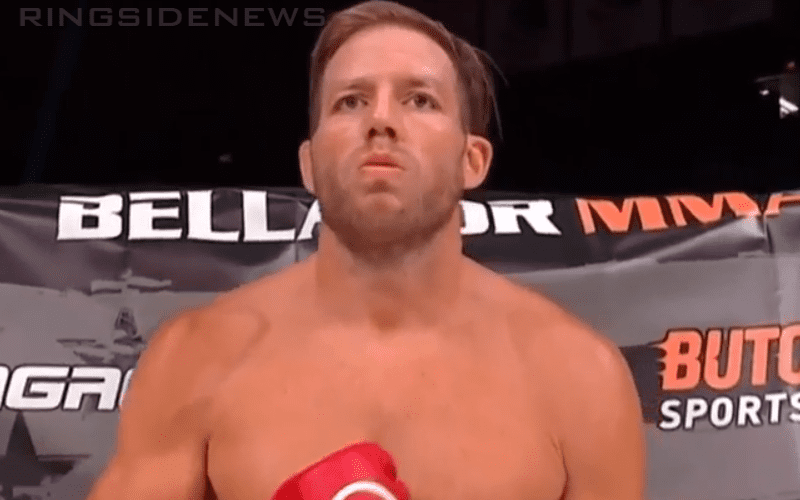 Jake Hager took on TJ Jones at Bellator 221 and both fighters were looking for a big victory in the cage. However, the fight wouldn’t make it out of the first round which was not good news for Jones.

Hager came out to the song Rooster by Alice In Chains. I thought that was notable because it was awesome. He also had the crowd chanting “We The People” in very loud fashion.

Hager pressed Jones against the cage early on and took him down. Hager landed some punches and stayed on top of Jones.

Jones tried to get away, but Hager stayed on him and maintained side control while working on Jones’ arm. Hager tried for an Americana, but Jones rolled over and got on his knees. Hager returned fire with some more strikes and went for a triangle choke.

It didn’t take very long for TJ Jones to tap out to the triangle choke. Hager stayed on for a bit and the referee had to shove him off after the fight was over.

After it was all said and done, Jake Hager aka Jack Swagger now has a 2-0 record in MMA.