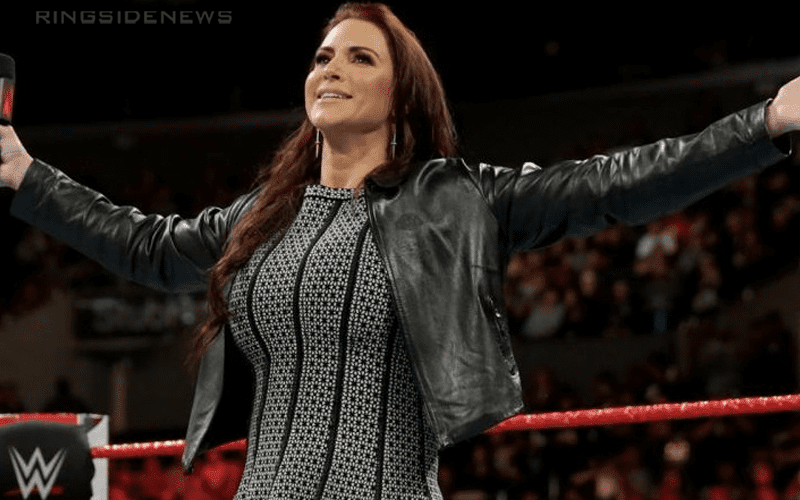 Triple H has a lot of very important jobs in WWE, but this morning he was at the Robert Morris University graduation. His wife Stephanie McMahon was the undergraduate commencement speaker and he got a great seat to watch it all go down.

The Game was spotted in a chair on the floor during the ceremony. Stephanie McMahon was announced in February as the speaker for the ceremony in an announcement from RMU, but she also received a big honor in the process.

RMU awarded McMahon with an honorary doctorate of humane letters at the event. So she wasn’t just there to give a commencement speech in front of the 700 undergraduates accepting their degrees because she had an honor waiting for her as well.

McMahon spoke about this occasion as well as her continued goal to inspire a generation of future leaders.

“I am honored to speak at Robert Morris University’s 2019 commencement ceremony. Inspiring today’s generation to achieve their dreams and be the best versions of themselves is something very important to me as a mother of three daughters.”

This is not Stephanie McMahon’s first time at Robert Morris University either as the Boston University Alum has also appeared as a guest speaker for RMU’s business and sports management course in the past.

You can check out a short video below showing Triple H sitting with the crowd during the event waiting for his wife to take the stage.