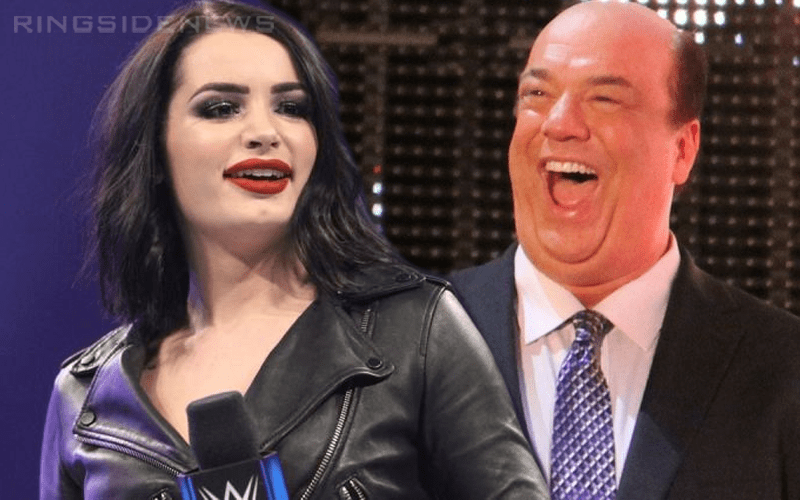 Paige is no longer wrestling, but she is still around WWE. Now she is managing Asuka and Kairi Sane as she leads them into battle.

Uproxx recently had a chance to speak to Paige about Fighting With My Family among other things. During the course of the conversation, they brought up her current managerial role. This was something that she had pitched for quite a while.

She mentioned managing Ronda Rousey which might have been a very interesting combination. However, Paul Heyman eventually told Paige that not only was she going to be managing this new team of Asuka and Sane, but she will also become a female version of himself.

It wasn’t going to be that specific tag team, but I was always pitching the idea of managing someone, even if it was Ronda Rousey, or Asuka by herself. You know, because the thing is with Asuka and Kairi, it’s just that their English isn’t too great right now. They’re incredible wrestlers, like the best wrestlers that I feel like we have, but sometimes you need to have the talking on the microphone, as much as people think we don’t need it, we do.

So I pitched the idea to Asuka, but then Paul Heyman called me and said that pretty much I was going to be the female version of him, but with these two instead, and I was super-excited about it. Slowly but surely we’re creating a really cool bond between the three of us. I know it looks kind of weird at first, you know, the dynamic of having this pale goth chick and then these beautiful Japanese wrestlers who are very colorful and vibrant like unicorns. So the dynamic is very strange, but I think as the weeks go on people are really going to fall in love with it.

Paige is great on the microphone and is very comfortable in front of a crowd. With her abilities to hype a match this could be a very successful team. We will have to see how it pans out as their challenges seem to be getting even more serious with each passing week.