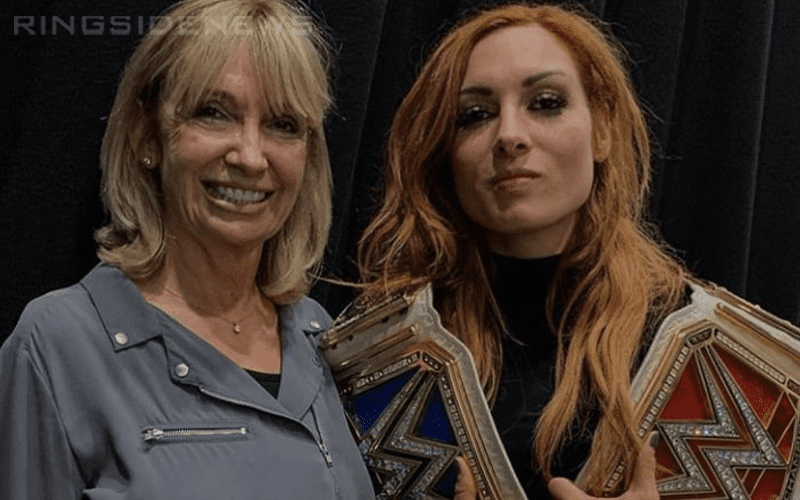 Becky Lynch is still the double champion during WWE’s ongoing European tour which means she gets to perform in Ireland as Becky Two Belts. Her mother was able to see her daughter perform and this created a great photo-op for The Man and The Ma.

Lacey Evans wants to take the RAW Women’s Title from Becky Lynch in a big way. She tweeted out: “I wish I could’ve met her,” but it seems that Lynch’s mother has already been introduced to Evans.

The Man keeps calling Lacey Evans “a plank” during her promos which isn’t the nicest thing you can call someone. This is why it made so much sense when Lynch posted a picture of her mother holding a piece of wood while saying: “She already met you. Wasn’t impressed.”

This was a pretty great way to use social media which Becky Lynch has become known for. It seems that she will not be letting up on her opponents no matter how much they want to meet her mother.