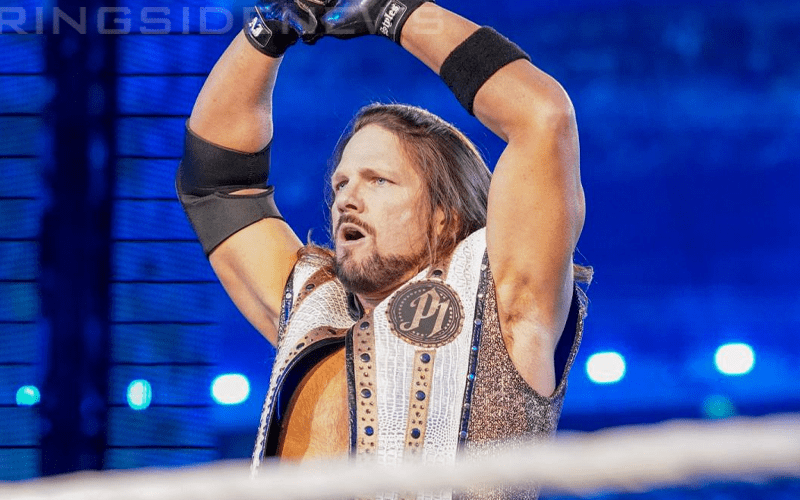 AJ Styles saw a lot of things while he worked for TNA. Something he encountered on a regular basis happened to be their lackluster merchandise.

Marketing is very important for a pro wrestling company and it looks like Impact/TNA really missed the mark on a few occasions throughout the years. One of those times they put out merch that fell very short was an instance with this particular AJ Styles t-shirt.

One fan commented on an old Styles t-shirt resembling bodily fluids. It didn’t take long for AJ to respond saying that’s not the worst he actually saw.

I wish I could tell u this was the worst thing TNA has ever come up with.


Thankfully, AJ Styles is in WWE not and they’ve cranked out some phenomenal merchandise for him. They aren’t all winners, but at least none of his t-shirt have been compared to “fluids” yet.