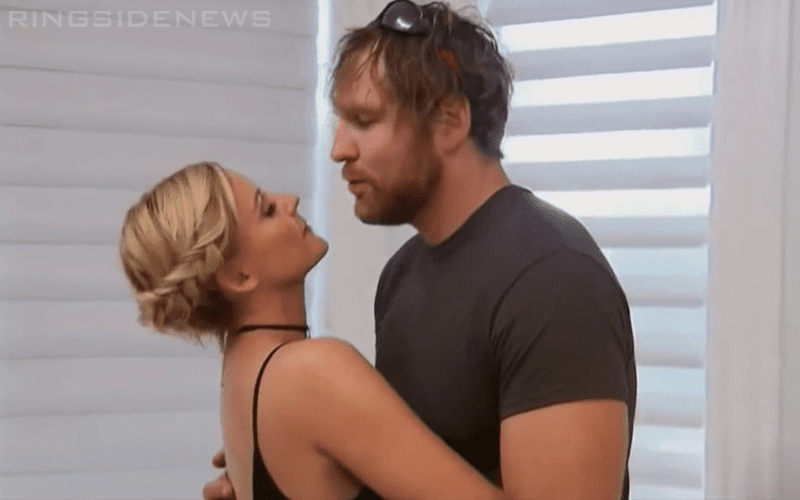 Jon Moxley recently joined his wife Renee Young on her Regular Girls podcast. Now that he is no longer a WWE Superstar he can pick his media appearances as he pleases and Jon seemed happy to be a part of this one.

Mox brought up a beef he wants to start with Kristin Cavallari on behalf of his wife. Because while Renee Young is working hard on a cookbook, Cavallari hired a chef to come in and help her out. That doesn’t seem very fair in their book.

Then the conversation turned in a very different direction as Renee Young and co-host Stacey McGunnigle started talking about the bedroom. This was a conversation that the former Dean Ambrose was happy to take part in.

He was able to get a few interesting pieces of information out there during the very lively conversation about role playing.

“I think if you get to the point where you’re starting to have to role play and things of that sort there’s an inherent problem.”

“We’re very unserious sarcastic jokey people. If I ever came up to [Renee] and said, ‘Ah, you look so beautiful in the moonlight’ you’d laugh, you’d be like ‘What the f*ck?'”

“Yeah if you came like crawling up to me like a cat in lingerie like a Victoria Secret ad or something and you were like dead serious or something I’d be like ‘What’s going on? What’s happening? I mean, for sure, I’m in, but that’s just not how we operate.”

Moxley stated that their moments of passion are usually spontaneous and Renee Young also made a remark about one time that she put on lingerie for her husband only for him to laugh at her.

It was a very interesting episode of Renee and Stacey’s podcast, to say the least.