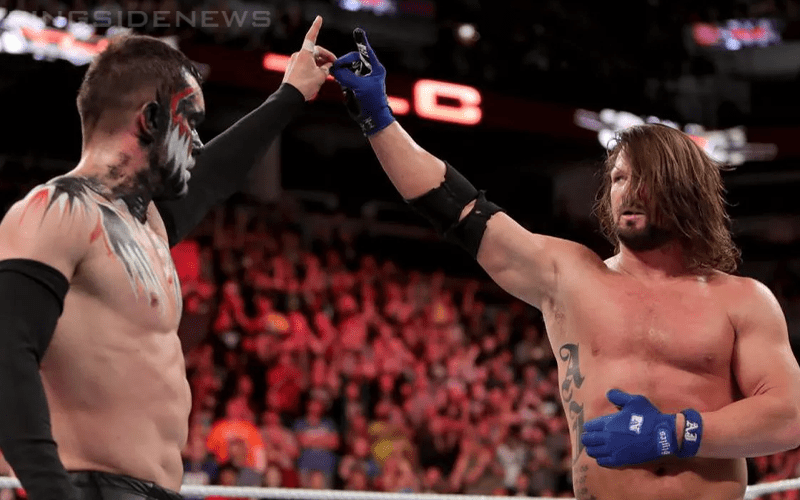 AJ Styles got to wrestle Finn Balor at TLC only due to the fact that Bray Wyatt got a case of the mumps. Balor was set to face The Eater Of Worlds as Sister Abigail, but then AJ Styles was flown from South America to take on Balor instead.

WWE fans would love to see Styles vs Balor again, or even better, a team of the two former Bullet Club members. However, Styles says that WWE just doesn’t see the value.

While speaking on Mixer, Styles was asked about reforming the Bullet Club in WWE and he was quite honest about his response.

“I really wanted Finn Balor and I to do some stuff like be on the same team.”

“But, you know … some people don’t see what we see and understand what we’ve done, and so it may not ever happen but, I would love to have Finn with The Club.”

“I would love for that to happen but who knows, never say never. For sure, gosh. In this business, man.”

You never know if this changing of the guard backstage in WWE might encourage a reformation of The Bullet Club in WWE. You also have to consider the fact that Vince McMahon is still in control so no matter who he has pitching him ideas, it’s still 100% up to The Chairman.