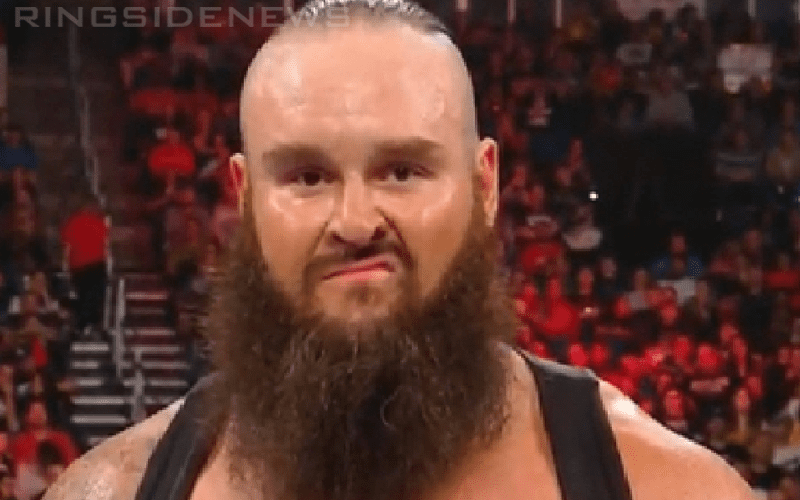 Braun Strowman is a very popular WWE Superstar, but his push has dwindled a lot since last summer. He can reportedly be his own worst enemy backstage, but it looks like something he did in the ring at WrestleMania rubbed Vince McMahon the wrong way.

Strowman won the Andre The Giant Memorial Battle Royal at WrestleMania. This was a big victory for the Monster Among Men, but it hasn’t resulted in much for him since.

The Wrestling Observer Newsletter reports that Strowman forgot some spots during his WrestleMania moment which has created another situation for him where he is being kept back once again.

Apparently the end was a mess as Strowman forgot his spots, which is one of the reasons Strowman hasn’t done much since winning.

Braun Strowman is still getting big pops when he comes out. Certain markets are more into his “Country Strong” gimmick than others, but he is still a sight to be seen as a big man.

Hopefully, WWE will be able to utilize him, but in the meantime, we might have to wait for another opportunity for Strowman to come around.