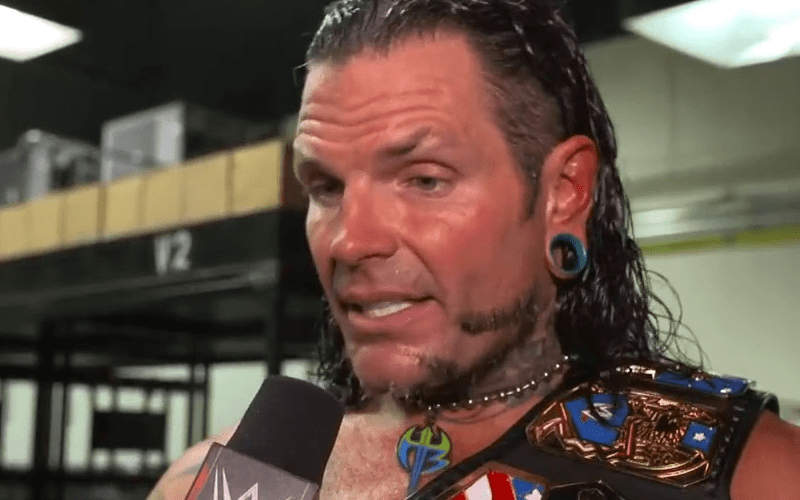 Jeff Hardy is currently injured meaning the Hardy Boyz had to relinquish the SmackDown Tag Team Titles without ever having a chance to defend them. This was a pretty sad event, but he was actually injured at the 4/20 house show instead of by Lars Sullivan as the storyline suggested.

Hardy recently spoke to WWE about his injury and continued to credit Lars Sullivan for needing surgery.

“My knee has been weak for a while but (Lars) just put the finishing point on it. I’m going to be out for 6 to 9 months.”

Now Hardy will need surgery in the upcoming days to correct this issue. It certainly is a “bummer” as he put it.

“I’m gonna have my whole right knee repaired, everything in there that’s bad. Hopefully, the first four months go extremely well. It’s a bummer, but I needed a new knee. There’s a lot of wear and tear on it.”

Hopefully, Jeff Hardy will be able to heal up quickly and get back to action. Six to nine months is a lot of time to miss in the ring, but he might be able to get back into the swing of things by the time the next road to WrestleMania is approaching.

On a side not, both Matt and Jeff Hardy signed one-year extensions to their WWE deals which are set to run out around WrestleMania time in 2020.