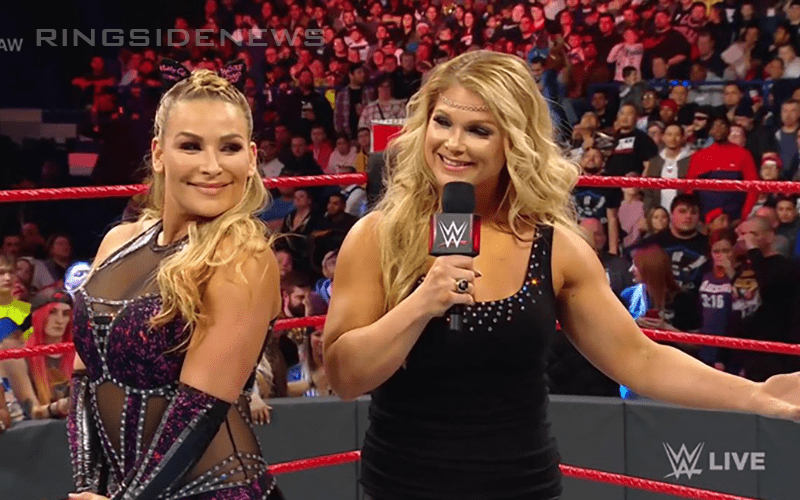 Beth Phoenix is on her way back to WWE for another run with the company. She will be taking part in the next European tour in May and after that you never know how much more time they can secure from The Glamazon.

Natalya is very happy to have her old friend back as they reform the Divas Of Doom. The two got very close during Phoenix’s first run with the company and as Nattie spoke to Muscle & Fitness, she revealed a very important piece of wisdom that Phoenix gave her.

“When I debuted, WWE was doing the Diva Searches and hiring models, and I’m like your traditional lady wrestler. I’m not skinny and I can’t dance. I remember Beth [Phoenix] saying: ‘Nattie, you’ve just gotta fake it ’til you make it. One day they’re gonna be ready for us.’ ”

Natalya was able to make it in a lot of ways. She might not have experienced the success as others, but she has remained a vital part in WWE’s women’s division for a long time. After all, she’s the only member of the Total Divas cast at this point who has remained on the show for every season without taking any time off.

She is influential and has Beth Phoenix to thank for a lot of that as well. Now we will just have to wait and see what is next for The Divas Of Doom because it doesn’t look like they’re done yet.