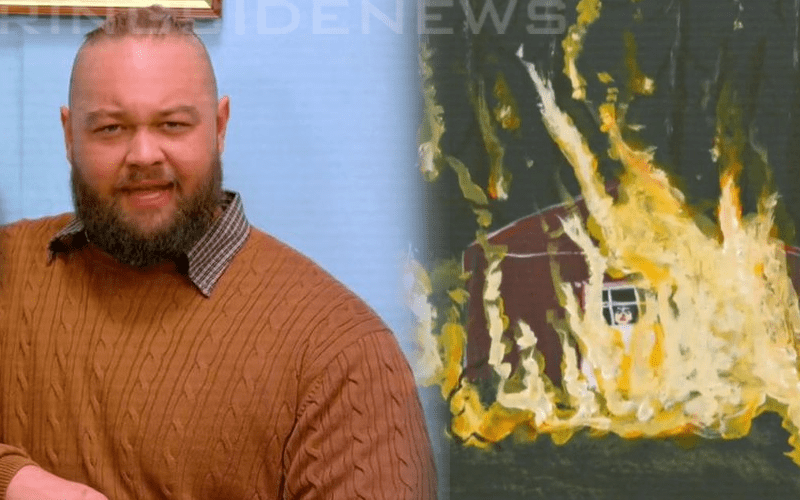 Bray Wyatt returned with another Firefly Fun House segment and it was certainly a surprising thing to see. We got a glimpse of Wyatt’s artistic skills and then he proceeded to have a deep conversation with his witch puppet pal.

This is one of the best things we have seen on RAW and proof that the company has the ability to present new things to entice viewers. Hopefully, they will let him expand on this character as The Eater Of Worlds actually explained a little bit behind that creepy paining he displayed of a burning cabin.

A couple years ago @RandyOrton did some pretty bad stuff to me. He destroyed my temple, uncrowned me as The Champion of The World, caused my brother to abandon me and betrayed my trust.

Worst of all… he didn’t say he was sorry.

BUT, I forgive you Randy Bo Banders!!

This is interesting because it looks like the Bray Wyatt character might be venturing to SmackDown in order to seek retribution for Orton burning down Sister Abigail’s cabin in the buildup to their WrestleMania match. Then again, Wyatt seemed to forgive RKO for the arson so that seems to be water under the bridge.

No matter what he really meant by this, it is still apparent that the gimmick is working like a charm and even encouraging children to learn new words like “sociopath.”