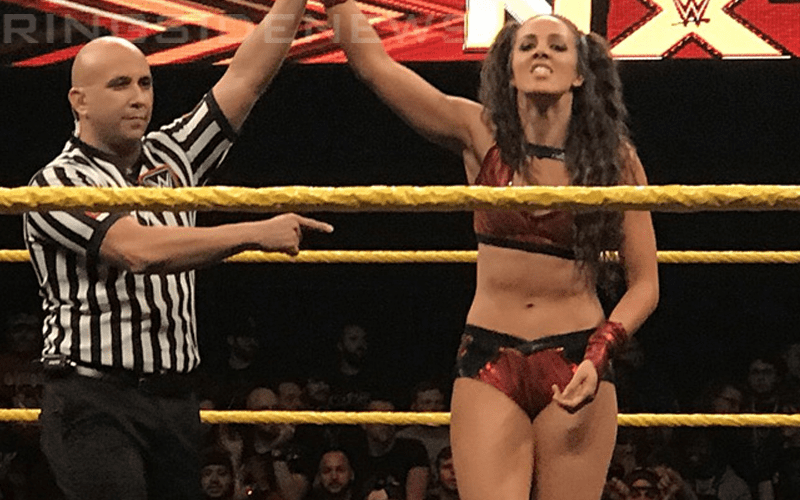 Chelsea Green made a lot of noise as Laurel Van Ness in Impact Wrestling and she is taking that crazy gimmick to NXT. However, Green was injured during her debut at Full Sail Arena during a dark match before the NXT tapings kicked off.

Now we have some footage of that match and the finish which saw Green defeating Deonna Purrazzo. Chelsea tweeted out that it might not have been the most graceful finish, but it worked.

The finish to my first @WWENXT full sail match. At this point my forearm had been broken for about 4 mins or so.
Cleanest finish? Strongest pin? Absolutely not… but I think I pulled it off with one wrist. #IndyForLife

Purrazzo tweeted back that she just remembers Green telling her that her wrist was broken during the match. Apparently, it was her forearm, but the pain was still unbearable. So you have to give Chelsea Green a lot of credit for finishing out the match.