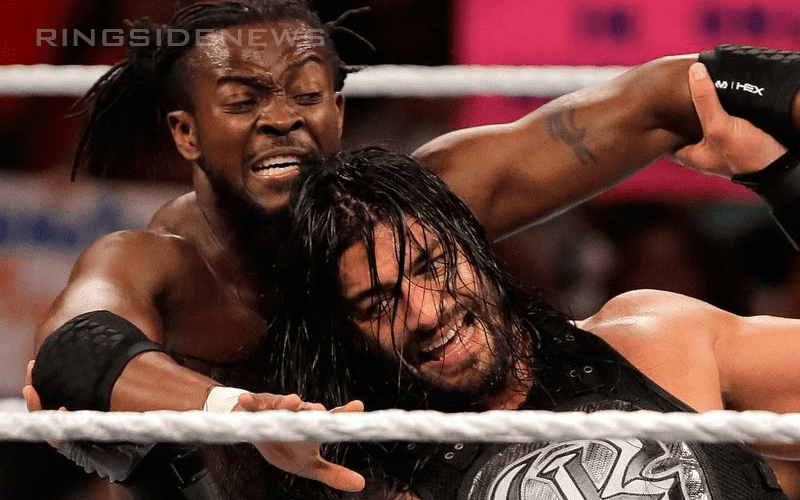 It hasn’t taken long for Kofi Kingston to tease a big time feud with Roman Reigns after The Big Dog’s move from Raw to SmackDown Live was confirmed.

Vince McMahon had been teasing a big acquisition for the blue brand leading up to last night’s show, with fans having a series of different theories regarding who it could be. Some thought Braun Strowman, some thought Brock Lesnar, and some thought Roman Reigns – and in the end, the latter were correct.

Reigns wound up attacking Vince last night before proclaiming on social media that SmackDown Live would be his yard in the same way that Raw was. Kofi, as you can probably tell, took exception to that.

The idea of Roman taking the WWE Championship away from Kofi Kingston not long after he won it at WrestleMania probably scares quite a few folks. However, the idea that this could be used to facilitate a Reigns heel turn is certainly intriguing.

Not everyone would be on board with that considering he’s only just starting to get the kind of reactions that WWE have been hoping for in the last few years, but either way, there are a lot of factors to this rivalry that make it pretty interesting.

Nobody knows for sure how well Kofi as world champion is going to work out, but if he’s being put into storylines with guys of Roman’s calibre, then the only way is up.

Plus, just think about the boost he’d get if he comes away with the win.