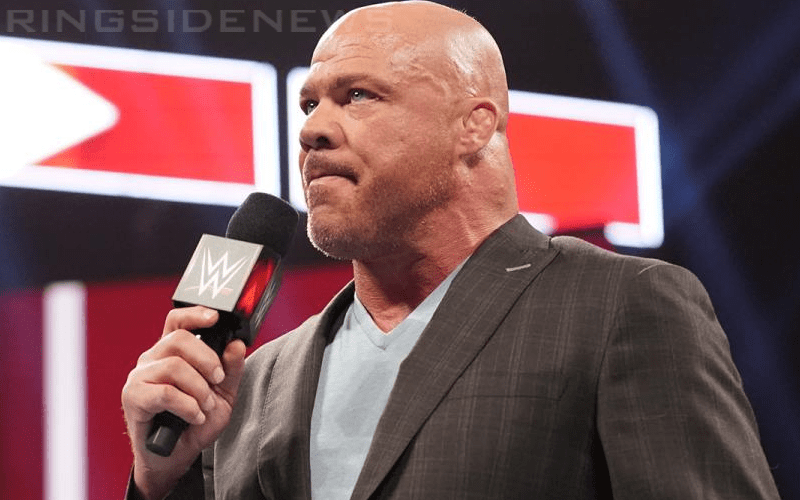 Kurt Angle’s last match might be at WrestleMania 35, but he will not be leaving WWE. He has a wealth of experience that he can offer and the company obviously realizes that fact. So he will be staying with the company in a backstage capacity.

As he spoke to Sky Sports, Angle revealed details about his new WWE deal that could also include him stepping in front of the camera from time to time as well.

“I signed a contract to help the younger talent behind the scenes. I will be on the road with the guys that make it up here. I’ll probably be an on-camera talent like a manager or maybe a general manager again. I’m sure they will want to utilize me on camera.”

This is exciting news for fans because Kurt Angle’s presence in WWE will still be felt. Hopefully, he will be able to educate and inspire generations of WWE Superstars to come on a first-hand basis.