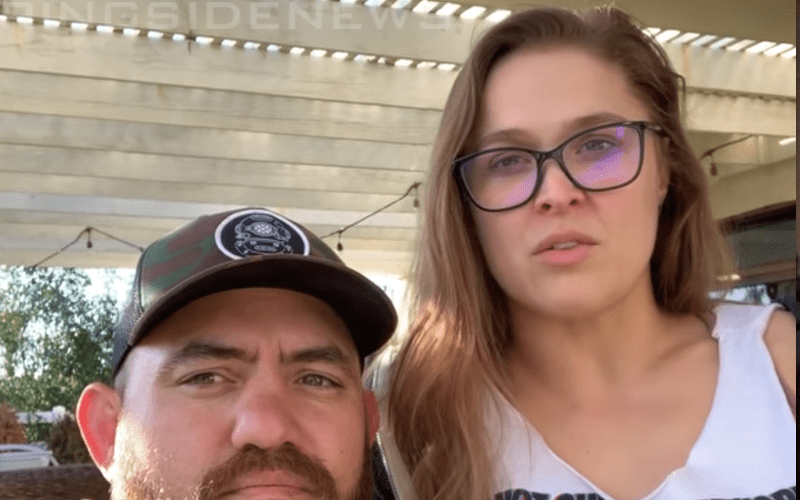 Ronda Rousey is the RAW Women’s Champion headed into WrestleMania, but that very well could be her last match. There have been some heavy rumors that Rousey will be taking off from WWE and she recently took some time to address them on her YouTube channel.

Along with her husband Travis Browne, she made the big announcement that “the rumors are true.” Browne explained that Rousey is the love of his life and they can’t wait to start this new phase of their life together… with Ronda as a jazz player.

Samoa Joe was shown and admitted that he’s surprised about how she changed his opinion about the instrument. The Revival, Braun Strowman, No Way Jose, and more were all shown enjoying Rousey serenading them as well.

Alexa Bliss said, “I can not stand this girl… but my god can she play the saxophone.” Paul Heyman and Elias were also backstage talking about Rousey being a “sax addict” while Rousey played away.

So yeah, this was a big April fools from Ronda Rousey. If you fell for it, it’s not hard to because of how real the story actually is.

Just because she’s joking about it doesn’t mean that Ronda Rousey won’t be leaving WWE. Then again, she very well could. It really all depends on what she wants to do and how deep Vince McMahon’s pockets are.