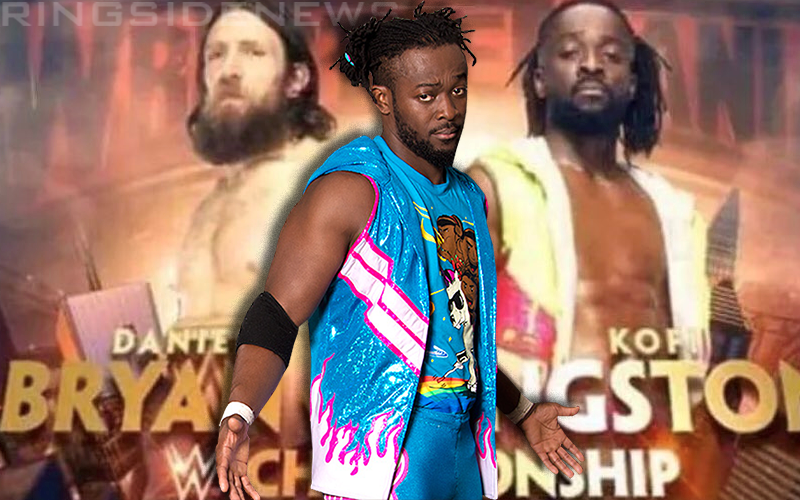 WWE really jumped the gun in a big way and started sending out advertisements for Kofi Kingston vs Daniel Bryan at WrestleMania for the WWE Title. The company actually started sending this out to media yesterday and for some reason it’s been shown already.

Kingston commented to one fans who asked him about this. He turned it into kayfabe as he commented that this is probably just another tactic from Vince McMahon to mess with him.

Last week the gauntlet match was also advertised to kick off the show. It did not. Vince has been messing with us for a while now. Wouldn’t be surprised if this was just more of the same.

Kingston does have a point that Vince Mcmahon seems to be targeting him. You never know if WWE could be working the entire IWC once again as well. We will just have to tune into SmackDown Live tonight and see if they finally book this match that they are currently advertising for WrestleMania.