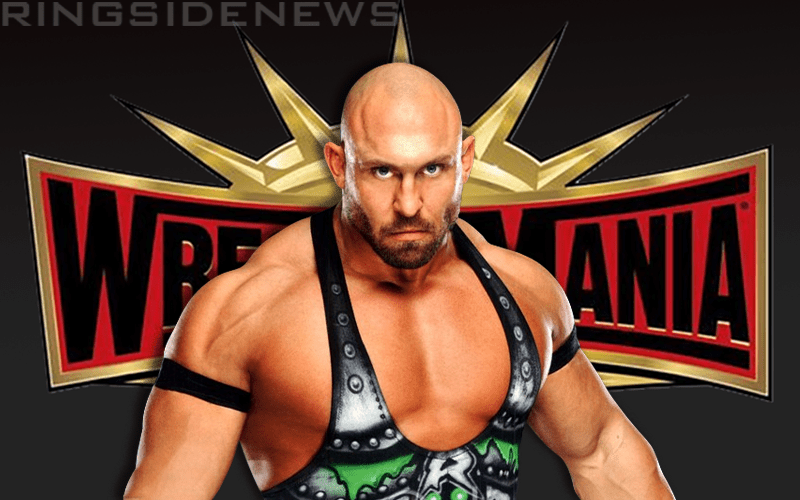 WrestleMania is coming up in just two weeks, but it doesn’t really feel like it is that close for some reason. WWE didn’t seem to put as much effort into building their top matches as they had in the past and it certainly shows.

During Conversations With The Big Guy, Matt Koon asked Ryback if he thinks that WWE is started to take the fans for granted and he received an affirmative response.

“I would agree with that completely. I think that they have done such a great job at building WrestleMania up as it’s… people know it’s an attraction and they go to these big stadiums and they’re gonna sell out or come close to a sell out and people from all the world are gonna come for the experience of the wrestling week and with all the festivities in town.”

“The event almost sells itself now to where they don’t have to put as much focus necessarily on storylines and building up that they had to in the past to sell the event. The event now is selling itself. So I think I would agree with you that does happen and this year definitely — every year seems to get a little worse as far as the lack of theirs sometimes.”

“From a talent standpoint, they’re just doing what they’re told and again, I think the girls’ storyline and the women with Ronda has got a lot of attention, but the Brock and Seth stuff it just doesn’t feel as special as it should and I don’t know that’s just me watching it and I don’t know. There’s just something that doesn’t feel as big about this WrestleMania.”

No matter how much attention WWE is putting on the WrestleMania event it will still do great numbers. It is WWE’s biggest show of the year and set to be a long night of sports entertainment.

We could have used a little bit more build-up, but the company was still putting the pieces together for the show of shows until very late in the game this time around because of a ton of setbacks and changes.