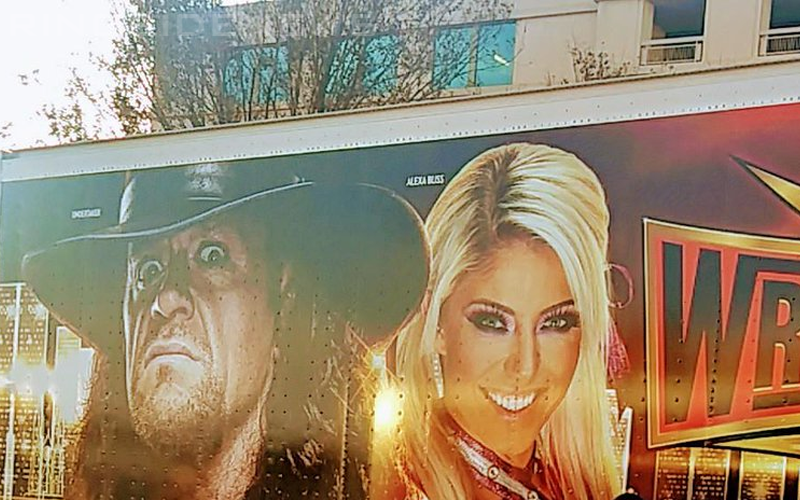 WrestleMania 35 is just a matter of weeks away and everyone is getting excited about what they could see at the show of shows. The Undertaker has not been promoted to appear at the event, but everyone is holding out hope.

A photo recently surfaced online of The Undertaker on one of WWE’s production trucks. The fact that he appeared next to a WrestleMania logo has gotten a lot of attention. However, this is nothing new.

WWE has been traveling the country with The Undertaker on their trucks since before Christmas last year. He was part of the design that WWE included on their trucks when they got a new WrestleMania wrap.

Other Superstars that are also promoted on WWE’s trucks and traveling around include The Rock, John Cena, Kane, Carmella, Ric Flair, and Andre The Giant, and more.

So please remember that just because The Undertaker’s image is still being used by WWE doesn’t mean he is definitely going to appear at WrestleMania. You can never count an appearance from The Dead Man out, but just because he appeared on a truck doesn’t mean that it is a sure thing.