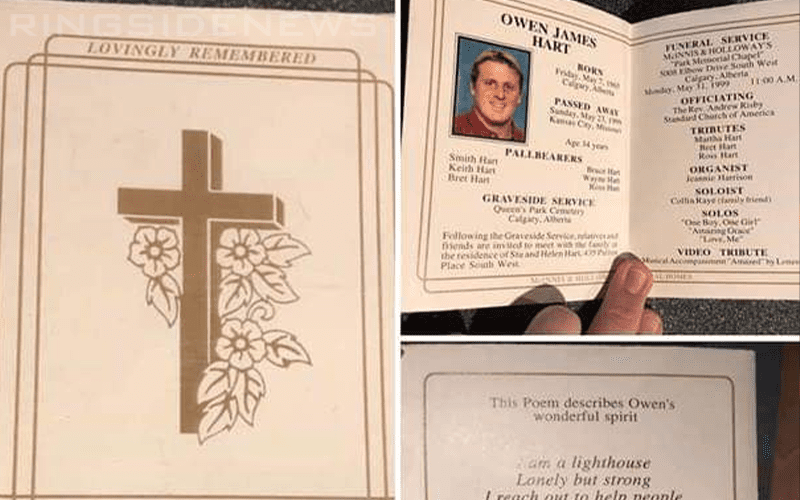 Owen Hart was taken from us far too soon after a tragic accident in 1999 at the Over The Edge pay-per-view. It was a terrible time for pro wrestling and his funeral was attended by a who’s who in WWE.

One fan claims that he has been able to come into ownership of an actual program from Owen Hart’s funeral service. He posted on a wrestling memorabilia page on Facebook to put this item up for sale.

“I used to work with a man who was one of the higher ups with teh WWE during the Attitude Era. Prior to his departure as my boss in the MMA space, he left behind this unique piece of pro wrestling history on my dest. It’s for sale. DM me to talk price.”

This is certainly an interesting find and could be very valuable if it is legit. However, it is also in a pretty big gray area in regards to whether or not someone should collect such a thing. or sell it for that matter

The best idea if you’re interested at this point is to message the seller and just see what he’s asking if you’re looking to add Owen Hart’s funeral program to your collection.