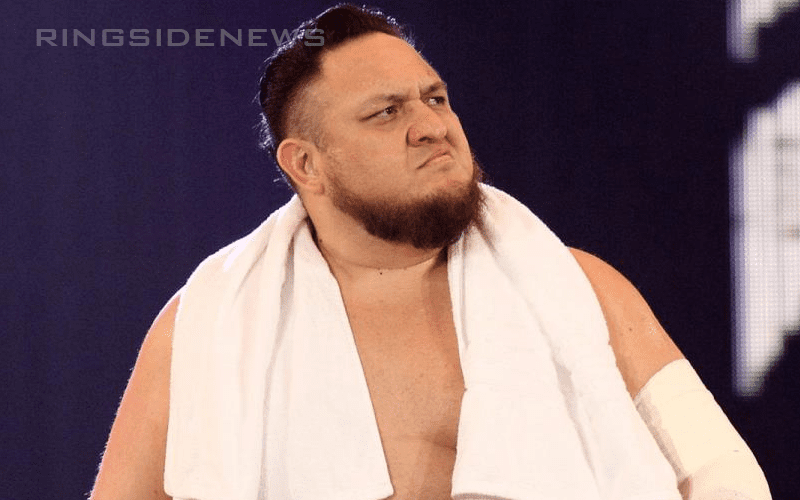 Samoa Joe doesn’t ask much from the fans except for them to pay attention as he destroys opponents in the ring. However, he does have a very simple request for fans at this weekend’s WWE live event and it is a pretty funny one.

Apparently, when too many fans wear camoflauge to events it makes Joe imagine himself in a swamp. This could course, lead to Joe picturing his opponent as an alligator and then things wouldn’t go well from there.

Dear Iowa and Indiana,
I will be with you this weekend. Please do your best to not have everyone in the 1st two rows wear woodland camouflage. Sometimes it feels like I’m grappling next to a swamp out there. – The Champion of the United States of America.

Samoa Joe is the current WWE United States Champion and it is good to see that he is getting out there and influencing the people. So leave the camo at home if you’re going to see Samoa Joe wrestle because it confuses him. Of course, Joe’s tune would probably change in a hurry if WWE’s shop released some camouflage Samoa Joe merch.