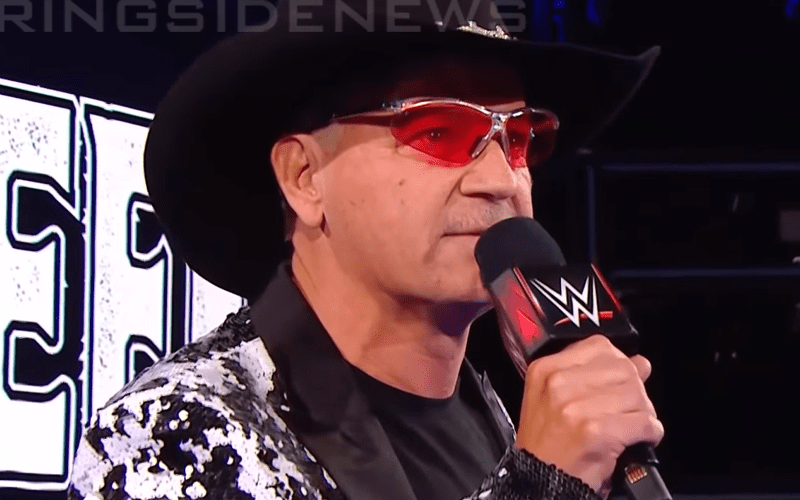 Jeff Jarrett was brought back to WWE as a backstage producer but quicly found himself working with creative. Now his role is that of a creative team member as he produces matches as well. This could set him up with very big political influence backstage in WWE.

The Wrestling Observer Newsletter noted that due to his charming tactics, knowledge of the business, and overall savvy, Double J “will” end up being influential on the level of top members on WWE’s creative team.

Jeff Jarrett will end up being very influential, or least become a key guy in creative. One person involved felt watching how Jarrett plays the game that aside from HHH and the key writers, Ed Koskey, Dave Kapoor, Brian James and Michael Seitz (Hayes) and perhaps Paul Heyman (who right now is very influential due to his ties to Lesnar and Rousey) that he’ll be the most influential guy there before long

We will have to wait and see how Double J and WWE do this time around. Hopefully, he can keep his head on straight because that is the best Jeff Jarrett. He has a lot to offer, and he has historically been in positions where he is in charge. Apparently, WWE is going to give him a fair amount of responsibility in this new position.