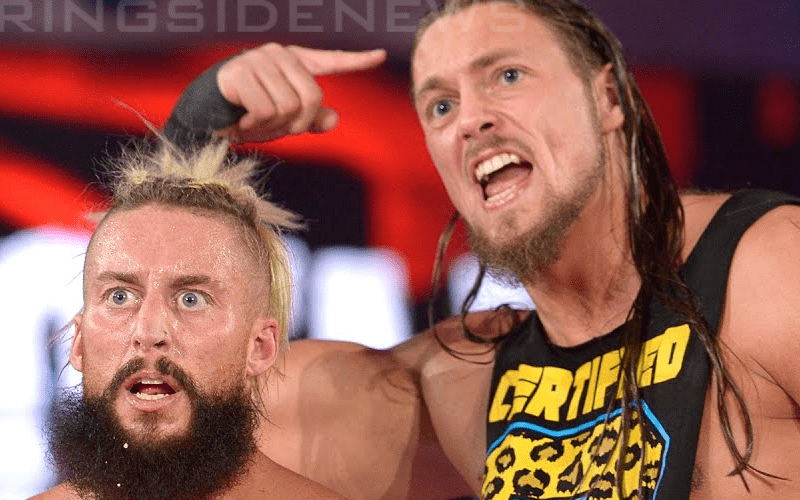 Enzo Amore likes to talk a lot and it has landed him in some interesting situations. However, it also got him some serious paydays in the process.

During a Title Match Wrestling shoot interview, Enzo Amore said that he made about $1,000 for his first NXT tour and got $17,000 for his first video game check. It was the most money he ever saw in his entire life at once. He paid off some of his student loans with that, paid off a credit card, and flew his parents to Europe so they could travel with NXT on tour.

His rise alongside Big Cass did not slow down. Eventually, crowds were chanting their names and yelling “Sawft” throughout the entire show. This brought him to make so pretty bold claims about how much money they were bringing in.

“So you take the good with the bad. There’s that double-edged sword in the business of pro wrestling. Being humble does not work as well as being aware. If you are aware of who you are, the impact you have on the draw, the house, the stands, the merchandise and you understand that maybe in the history of our business in about a three to window, no one has made the WWE more money than me and Big Cass.”

“As far as asses in seats and merchandise because you have to understand they’re getting us at league minimum. Minimum WWE contracts and I make 2.5% of merchandise sales. Big Cass makes 2.5% of merchandise sales. We make $8 million on the Certified G shirt on our rookie year on the minimum salary in not including the draw on houses when we sit in people are buying our shirt. They’re coming to see us and we’re getting paid $600 a show on Monday Night Raw, getting paid $1,000 to be in the Barclays Center for a show. people sitting in the front row who are paying more money for their seat than I’m making that night.”

It is a pretty huge claim to say that SAWFT merchandise made WWE more than Hulkamania, especially if you adjust for inflation. However, Enzo Amore made a good point when he discussed how little WWE was skimming off for the Realest Guys In The Room.

If you would like to break out your calculators and get back to us with a more concrete number, we’ll be right here waiting on the official tally.