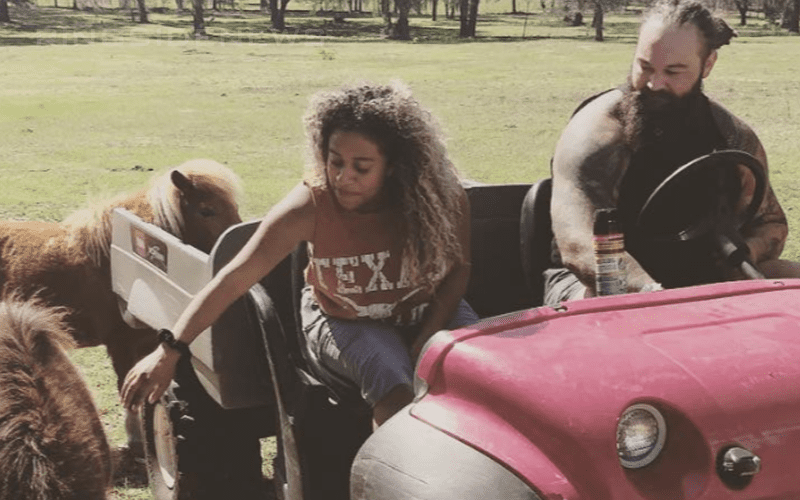 Bray Wyatt and JoJo Offerman have been off WWE Television for quite some time. Wyatt is ready for an in-ring return and JoJo is dealing what is said to be a private issue. They seem to be very happy with their mini horses.

The Eater Of Worlds recently posted a picture of himself and his WWE ring announcer girlfriend on his property which he dubs “The Wyatt Family Compound.” He spoke about preparing for a Battle of New York that his daughter’s mini horses are set for. Life seems very good for Bray Wyatt right now.

News from the horses mouth, not someone else ass.
New and improved Wyatt Family Compound: preparing MY DAUGHTERS’ mini horses for The Battle of New York.
Life is good man. Especially when you know rebellion and redemption are around the corner. I’ll see you when I see you.
#RevengeIsAConfession

There are a lot of rumors swirling around about both Bray Wyatt and JoJo Offerman. As you can see, they both seem to be doing fine and very happy. Hopefully, they will be able to get back to work soon. In the meantime, they have horses to take care of.