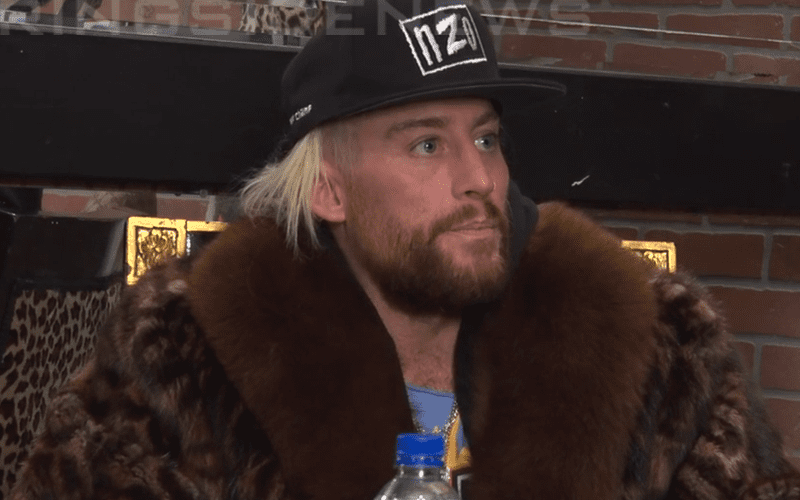 Enzo Amore is rapping as NZO now, but his heart is still with the pro wrestling business. He received a lot of accolades and eventual heat for his microphone skills — but the dude is a gifted talker.

During a recent shoot interview with Title Match Wrestling, Enzo Amore revealed that he has received some big offers just to work a microphone. He said they were “WrestleMania” level paydays, but he turned them down because his place is in the ring.

Amore transitioned into bringing up those big offers as he discussed his concussion at WWE Payback in 2016. Although he said that he holds no ill-will toward Simon Gotch if NZO ever finds out that he did it on purpose then, how doing?

“This time [after an injury] I went, ‘If this ends tomorrow know I am never gonna be a manager or a commentator for the rest of my life.’ As much as I love the business, there’s a glass ceiling and there’s not enough money to be had and my passion is in the ring.”

“In the ring, never as a mouthpiece for anybody, ever. Ever, not in a million f*cking years — get there — offer it to me… since I left the WWE, let’s be clear and frank I’ve had offers come my way for pro wrestling. A few of them… and good ones. WrestleMania for a few appearances. No bumping, no in-ring work just microphone work — turned it down.”

“No way, I don’t want to do that because I’m passionate about wrestling. I love getting in the ring, I love listening to the reactions and if I ever find out that Simon Gotch did that sh*t on purpose [by injuring him] and came out and said that… how you doin’?”

NZO is still keeping busy and staying in shape. He frequently works out and still has the gift of gab and the gift of jab. However, he might not be returning to the ring unless it is on his terms. One thing is for certain, Amore won’t be showing up just to spit in a microphone to hype someone else, no matter how much you pay him.