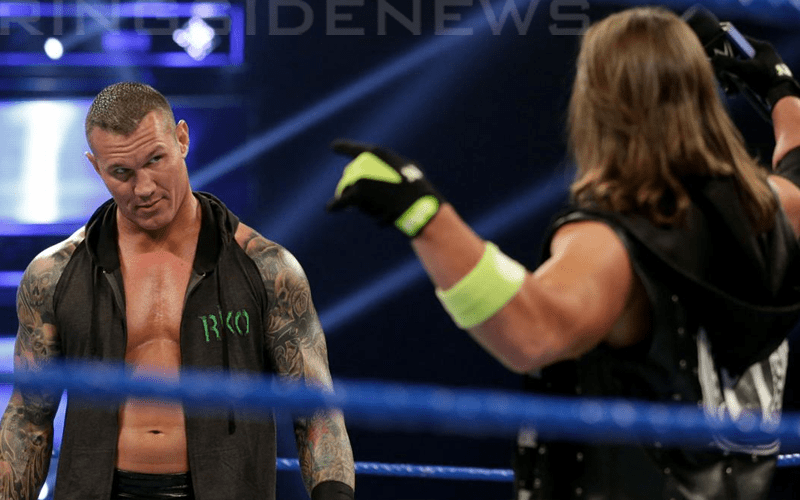 Randy Orton and AJ Styles had a great promo to kick off their road to WrestleMania. The two had a back and forth banter that ran through each of their histories while comparing them. Orton took some shots at AJ Styles’ previous career in TNA and Dixie Carter certainly heard it.

The former head of TNA, Dixie Carter clapped back at RKO in her own way. Carter said that she and AJ Styles never had to because they’re always golden. She also didn’t seem to remember things quite as Orton painted them.

@AJStylesOrg & I never had to tan as we were always golden. My historical recollection is different than yours @RandyOrton. #SDLive

With the way WWE Superstars are weaving television angles into social media posts, you never know if Dixie Carter could show up on the road to WrestleMania as a part of this feud. After all, Dixie showed up in a WWE documentary last year so it only stands to reason that she might be game to show up to SmackDown Live as well.