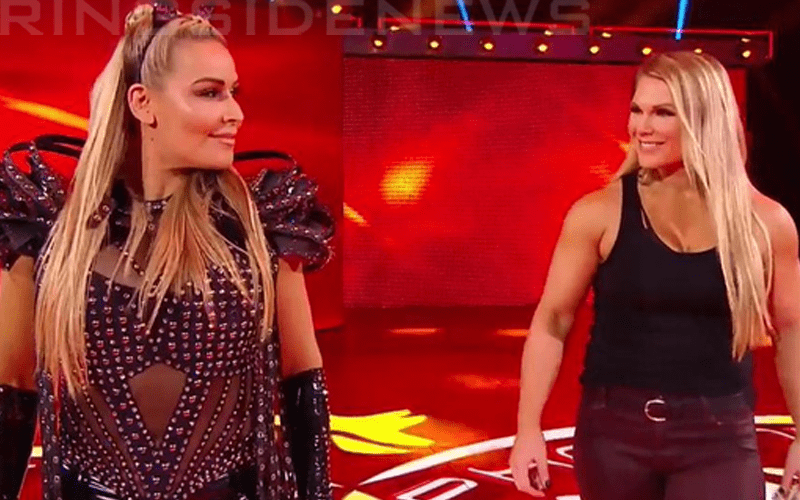 Beth Phoenix returned to Raw this week to back Natalya up. This reformation of the Divas Of Doom occurred at the perfect time on the road to WrestleMania and it appears WWE has a big plan for that team.

Ringside News has been told that the current idea for WrestleMania is a WWE Women’s Tag Team Title match between The Boss n Hug Connection, Nia Jax & Tamina, and The Divas Of Doom.

There was a rumor going around that WWE could book a fatal four-way tag team match which would include all of WWE’s brands in one match including NXT, however, it seems that is a forgotten idea.

You never know if Vince McMahon could change his direction yet again, but Beth Phoenix’s return to the ring also seemed to solidify this angle.