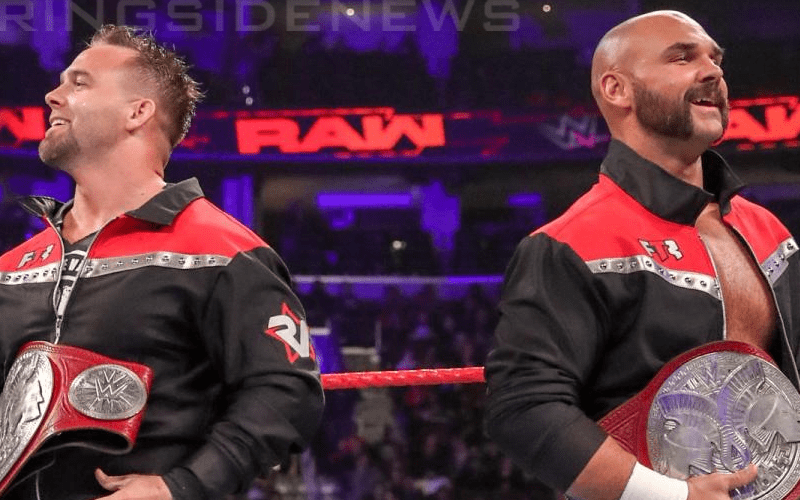 The Revival walked up to Vince McMahon a few short months ago and asked for their WWE releases. They were denied, but a promise was made to them that the two would become highlighted in WWE’s tag team division that was also going to get a focus. Now they are Raw Tag Team Champions, but the journey is not over yet.

While speaking to The Mirror, Dash Wilder revealed how he and Scott Dawson actually feel about their latest achievement. Because winning the titles means nothing and it is what comes next that is all that matters in WWE.

We’ve felt for a very long time that the Raw tag team division has some amazing talent and some great characters, and they need the right platform and the right platform to show that. I think, with us as champions, we’re going to do everything possible to do that.

For instance – and this might not sound like that much of a deal – last night was our first time on the main card of a pay-per-view since our call up to the main roster in 2017; we’d only done Kickoff shows. It was the first time that the Raw tag team titles have been defended on the main card of a pay-per-view for almost a year. We wanted that – to say we were on the main card. That was a step for us. So we’re finding life at the top as more work than ever, if that answers your question in the longest way possible!

Only time will tell how long the Top Guys will hold onto their Raw Tag Team Titles. They got off to a great start with a successful title defense at WWE Fastlane, perhaps if the odds are stacked against them at WrestleMania it will encourage The Revival to bring out a little bit of that magic that made them so successful in NXT.