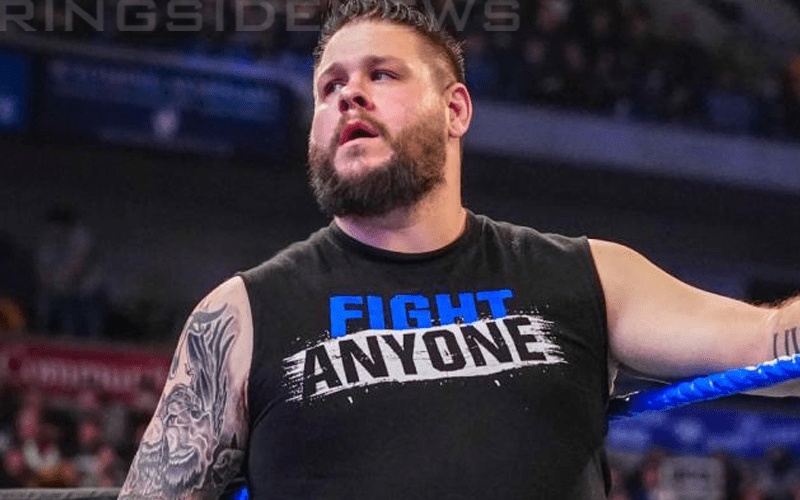 Kevin Owens made a lot of friends while he was traveling the indie wrestling circuit before his time in WWE. He frequented AIW in Cleveland during the last portion of his run on the indies and WWE Fastlane is in the same city tonight.

Owens spoke to WWE about his WWE Fastlane match against Daniel Bryan for the WWE Title. He dedicated his performance at Fastlane to one of the founders of AIW who is no longer with us.

Chris Bryan sadly passed away in 2017, but Kevin Owens is dedicating his performance tonight to a man he got to know while working for Absolute Intense Wrestling, but he became a friend in the process.

John Thorne, operator of AIW sent out a message saying that Kevin Owens has been “texting me stuff all week, wrestling doesn’t deserve a dude as good as he is.”

Kevin Owens really is one of the good guys, even if it is so easy for him to draw heat.