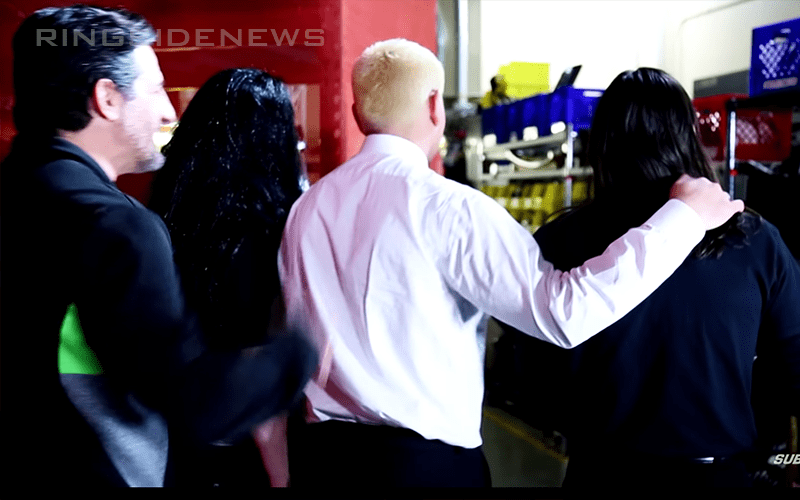 AEW was referenced on this week’s episode of Impact Wrestling that featured a backstage segment with Glenn Gilbertti (Disco Inferno).

Gillbertti was walking around backstage when he saw three individuals with their backs turned that resembled Matt, Nick and Cody. After asking for a job with AEW, the trio turned around and it was revealed that it was not them.

Footage of the segment can be seen below.