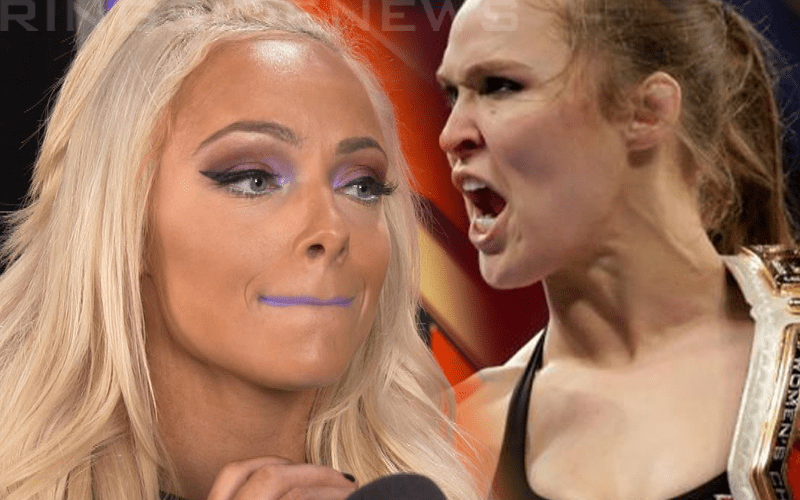 Ronda Rousey ruffled some major feathers when she went off online in a profanity-ridden tirade against WWE, Becky Lynch, and the people of Los Angeles. It was not pretty, but it wasn’t intended to be.

During Rousey’s angry promo, she said: “I meant it that I’m going to disrespect the sport that they all love so much. ‘Oh don’t break kayfabe Ronda’ — Wrestling’s scripted, it’s made up, it’s not real. None of those bitches can f*ckin’ touch me. The end.”

This did not sit too well with a lot of fans and obviously, Superstars have an issue with it as well. Liv Morgan is not even in a storyline with Rousey right now, but she has felt her destruction in the ring. Morgan fired back at Rousey to let her know that there’s nothing fake about the pain she feels from the ring.

Lol my body is sore all the time … that’s not fake. That’s real.

We can only imagine that other WWE Superstars might not appreciate what Rousey said. As we continue on the road to WrestleMania, things might get even more real from this point on no matter how scripted Ronda Rousey says things are.