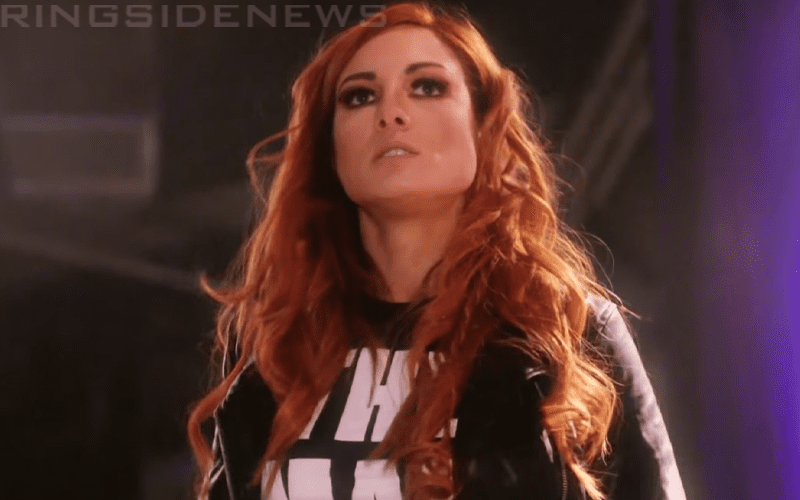 The Man is walking into WWE Fastlane with the intention of defeating Charlotte Flair and cementing her spot in WrestleMania’s main event. However, it took a long road to get Lynch to the spot she is in today.

Becky Lynch spoke to Pro Wrestling Illustrated about one of the lowest points in her career. She wrestled years ago, but had to retire due to injury. Her rise in WWE is a second comeback in a way because The Man has already needed to pull herself out of some tough times already.

“It felt like death to me. I was Rebecca [Knox], the wrestler. And then I wasn’t the wrestler, so who the hell was Rebecca? It was my whole goal that I wanted to change the landscape of women, to just go out there and just wrestle and make people care. Then, all of a sudden, I was just lost with no goals, no ambition. I felt like I let everybody down. And I was so ashamed. I just remember pure shame, of not being able to know what I was going to do with myself, not being able to own up to the fact that I wasn’t doing it, or that I was confused about it.”

“I just thought that the door closed for me for life. This fear of success, but fear of failure. Fear of … I don’t know … of the future, really. And I went into a depression. But I would always write in my journal that I felt like I had unfinished business. That I should be in WWE, but I didn’t know how to get back there. I felt like I burned these bridges, but this is what I’m meant to do and how am I going to do it? It was a horrible, harrowing feeling, to not know how to get back there. Luckily, some twist of fate or divine intervention – I don’t know what you want to call it – just brought me back to what I feel is my calling, my destiny, if you believe in those kinds of things. And here we are.”

We will have to wait and see how everything turns out. It is a pretty safe bet that Becky Lynch will be seeing her hand raised at WrestleMania when the time comes. Because after Lynch is done defeating Charlotte Flair by herself, she will be moving on to WrestleMania to take on The Queen and Ronda Rousey at the same time.