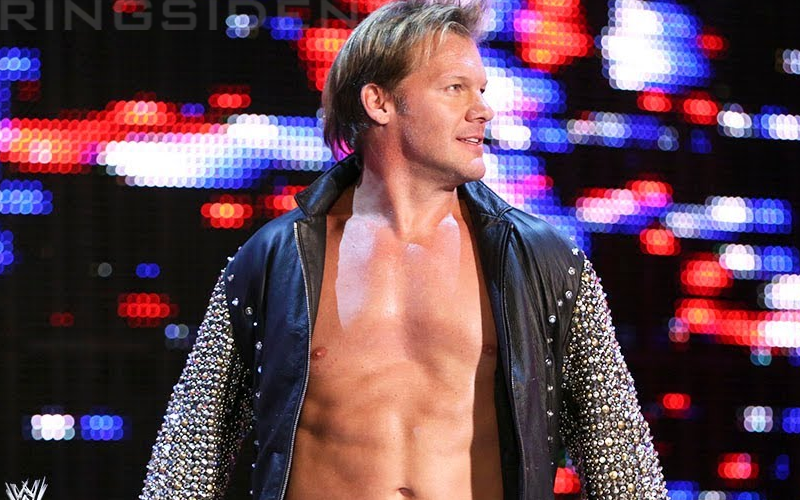 Chris Jericho’s theme song is something that the WWE Universe is going to miss hearing while he is no longer with the company. The rocking entrance music brought millions of fans to their feet, but it turns out that the song’s breakout opening line was devised thanks to a romantic comedy.

During a recent episode of Total Engagement, former WWE musical genius Jim Johnston spoke about his musical inspirations. Then he revealed how he was able to come up with Chris Jericho’s theme song as it brought his mind back to one of his favorite movies.

“That was an easy one for me because I love movies, I love a lot of movies, I love classic movies and Clark Gable did a movie, ‘It Happened One Night.’ So he is a reporter and he stumbles while being on a bus from a spoiled rich girl who’s running away from her rich father and his controlling nature she’s gonna run away with this guy who turns out to be a cad and now she’s broke and trying to find her way back to New York and she runs into this reporter — Clark Gable who just thinks she’s a spoiled bitch and tolerates her, but you know they’re gonna fall in love. So he’s Honorable and they have to share crappy little hotel rooms and every time he puts a rope across the two single beds where they’re going to share a room and he tells her the Biblical story of the Walls Of Jericho and as soon as I heard Chris Jericho I said, ‘break down the walls of Jericho’ cause the last scene is they’re finally together and married and they show the blanket coming down off the rope.”

So there you go, Chris Jericho’s iconic and rocking WWE entrance music came from Jim Johnson’s fond memory of a classic romantic comedy. It just goes to show that sometimes you never know where the best inspiration is going to come from.