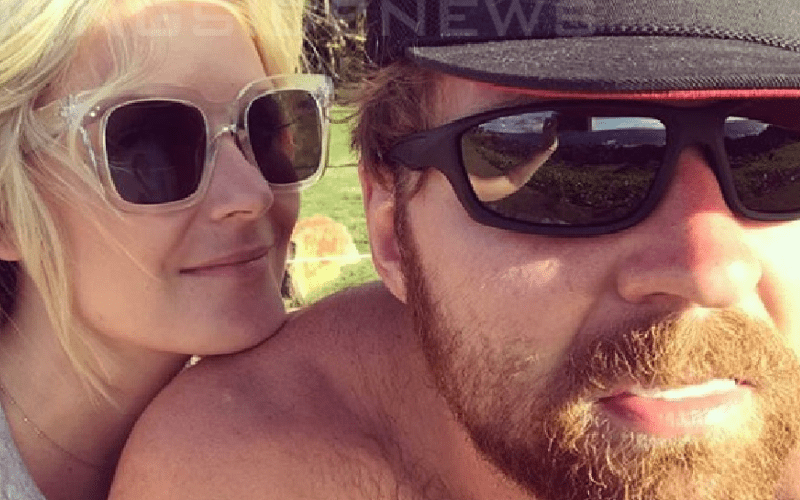 Renee Young and Dean Ambrose are a couple in WWE that has been able to make things work. However, that doesn’t mean that she is going to name drop her husband when asked about her favorite current WWE Superstars.

During a recent episode of Regular Girls, Renee Young opened up about some of the exciting members of the WWE roster that she has her eye on. Her husband doesn’t happen to be one of those people.

“I mean, sh*t, guys. We’ve got Ricochet. Having Ricochet — out doing his thing, he is fascinating to watch. He’s on like a whole other level of athleticism that’s like cool as hell to get your eyes on.”

“I think Aleister Black has a really cool character. Um, ya I like watching, all these new guys coming up. I mean — the DIY guys, Johnny Gargano, Tommaso Ciampa, um, yeah just that new crop that we just brought in. I love watching all those dudes and watching them get these prominent roles. And watching them just start kicking some ass.”

“I love the Revival guys — Scott Dawson, Dash Wilder. They’re a blast to watch. Their love of old school tag team wrestling is badass. I love everything that Daniel Bryan is doing right now, too and guys, common, Kofi Kingston? Gotta give some love to Kofi Kingston.”

Maybe Renee Young figured that listing Dean Ambrose might be showing a bit of preferential treatment, but in reality, it is her podcast so she could have said anyone she wanted. This might be something worth noting the next time she’s calling one of her husband’s matches.