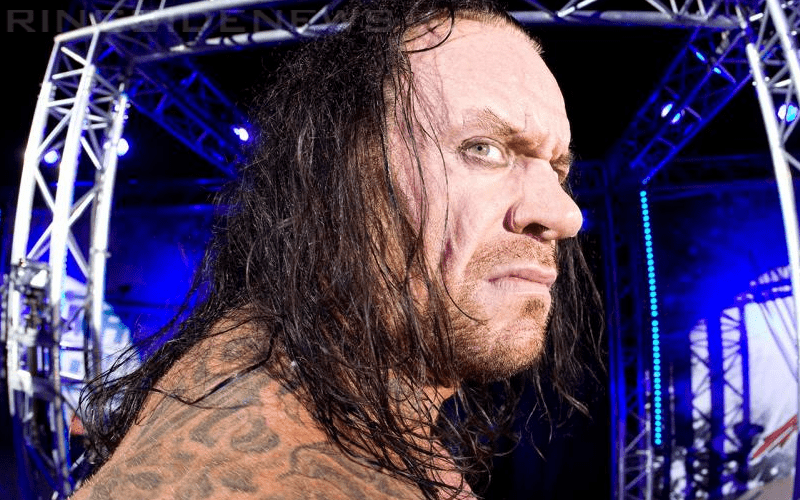 The Undertaker being on social media is a strange sensation for many fans of professional wrestling, but you can’t deny that his posts have been receiving a lot of attention recently.

The Deadman, or at least the person running his account, knows how to get people talking – and he’s done it again. Taker posted the below shot of him holding the WWE Championship from back in the day, and it’s caused a great deal of speculation.

While it seems unlikely that Taker will end up going after the WWE Championship once again, we’ve seen stranger things happen in this business over the years.

The legendary figure is currently without an opponent or match of any kind for WrestleMania 35, and at this moment in time, it doesn’t seem like he’s going to be wrestling at all.

That could all change over the course of the next few weeks, but WWE would have to pull the trigger pretty quickly. There’s a chance he faces Daniel Bryan for the belt on the grandest stage of them all, but it seems like Kofi Kingston is going to get that shot following his recent rise up the card.

Despite his age The Undertaker is still an absolutely massive draw for WWE, and you can bet that they’re going to be doing everything within their power to lure him back for yet another headline-making match or two.

Even if they fail in booking him, there’s always the outside possibility of a move over to All Elite Wrestling.