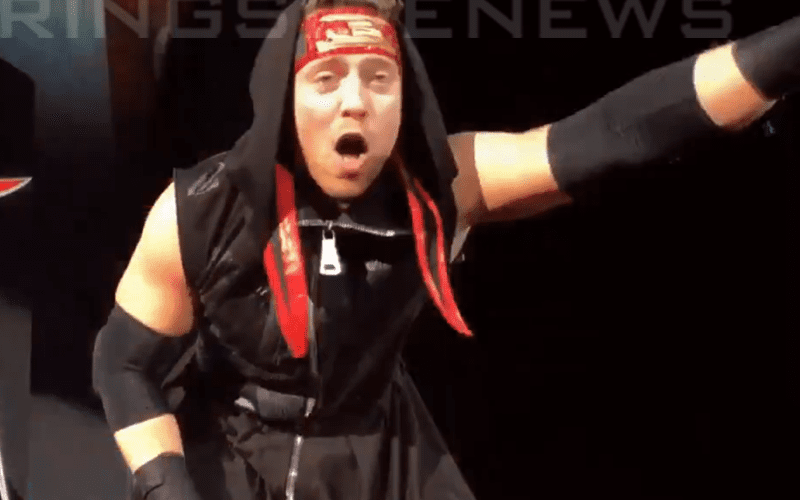 The Miz is an A-Lister in WWE, but he keeps up with all sports. So he is well aware that the NFL Network’s Rich Eisen is about to do the 40-yard dash in the NFL combine while in his full suit. This is to benefit St. Jude’s Hospital and The Miz wanted to pay tribute to him

Before Miz TV kicked off in WWE’s house show in Minneapolis, The former WWE Champion sprinted to the ring in honor of coach Eisen and what he is doing.

The Miz hyped the coach’s commitment to St. Jude’s Hospital in the ring and got the crowd going in a big way. The Miz is certainly playing up his babyface character right now. It only makes sense because he is anything but a heel on Miz & Mrs.

The Miz actually did a pretty good job sprinting to the ring with his fist raised high in the air. He pulled off an Ultimate Warrior look with his jacket adding to the visual. He didn’t shake the ropes, but he did make a special announcement for his “buddy” Rich Eisen.