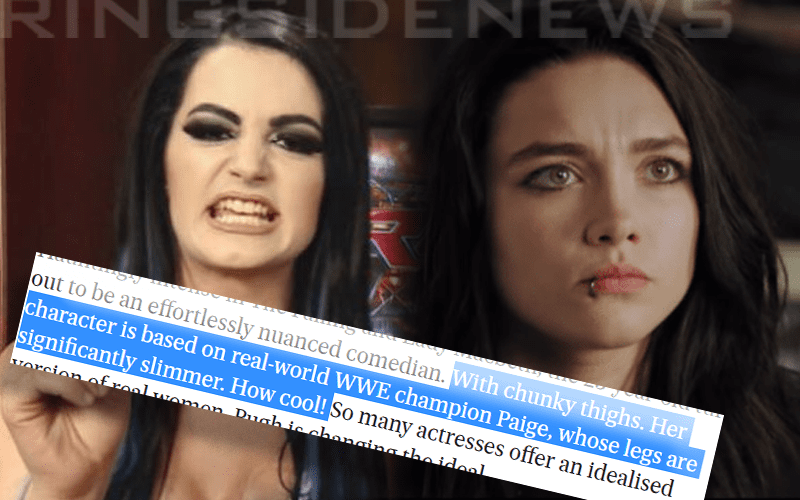 It is a critic’s job to analyze a piece of work and give their opinion. Sometimes they can go a little bit too far, especially when they fire shots at someone’s appearance.

Charlotte O’Sullivan from the standard.co.uk recently reviewed Fighting With My Family and gave it four out of five stars which is a good rating. Maybe it would have got an extra star if the Tokyo Dome was featured in the movie, but it didn’t work with the storyline.

During the review, O’Sullivan took a shot at actor Florence Pugh’s thighs by calling them “chunky.” This did not well with Pugh or Paige.

“Though Lowden’s performance is gorgeous, Pugh is the film’s main weapon. Hauntingly intense in The Falling and Lady Macbeth, the 23-year-old turns out to be an effortlessly nuanced comedian. With chunky thighs. Her character is based on real-world WWE champion Paige, whose legs are significantly slimmer. How cool! So many actresses offer an version of real women. Pugh is changing the ideal.”

Pugh was not happy about this “chunky thighs” comment. She fired back and soon after, Paige did the same. The first-ever NXT Women’s Champion who the film is based on was appalled by this critic’s opinion of Pugh. We can’t lie that it’s not a very good look for a film critic to take this kind of dig at a film because an actor’s legs look different than the person they are playing.