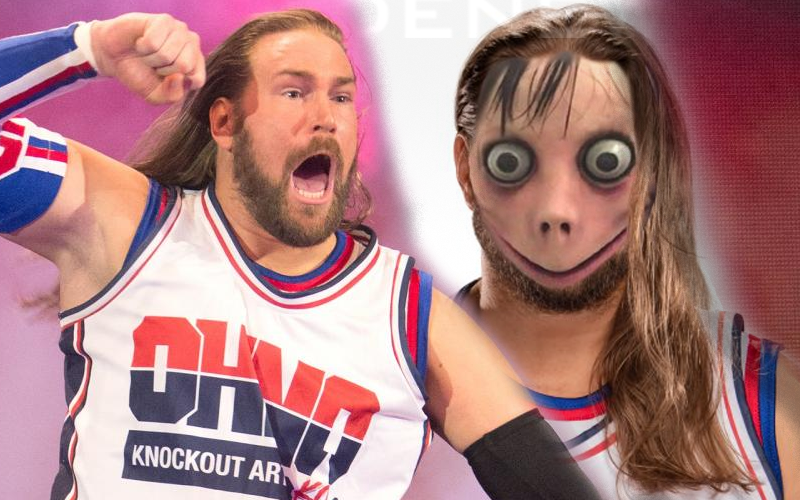 The Momo Challenge is sweeping the internet and making everyone scared at the same time. The internet is filled with rumors and , but if you thought that Momo was scary on its own then you’ve obviously never taken a look at Kassius Momo.

NXT Superstar Kassius Ohno has a name that rhymes with Momo so it just made sense for a fan to turn him into Momo because Photoshop is fun. However, he didn’t think it was all that funny.

If Momo is telling people to cut their hair we can only imagine what Kassius Momo would tell them. We’re guessing it has something to do with wearing the jersey of a local sports team. Either way, it looks like Kassius Ohno warmed up to the idea as he then retweeted other Momo-inspired wrestling mashups including Momo Rawley and Momo Watanabe.