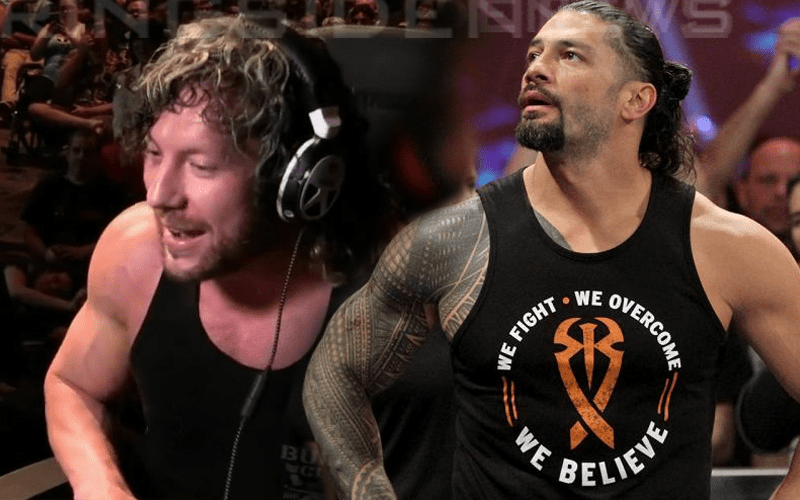 Kenny Omega was playing Apex Legends on his Twitch stream and everything was going good. This took place during Monday’s WWE RAW show, but The Cleaner wasn’t thinking about that — he just wanted to play video games.

When Roman Reigns made the announcement that his leukemia is in remission, it flooded Kenny Omega’s stream. All people were talking about was The Big Dog while Kenny Omega continued to play Apex Legends. Then after the gaming was over, Omega sent out a message to Roman Reigns.

everyone for tuning into the stream! Congrats to the winners and the biggest of congrats to  We never had a doubt!

This was a pretty great nod from The Cleaner. Perhaps Roman Reigns and Kenny Omega will share a ring someday, but that would mean one if not both of them will need to change their current employer.