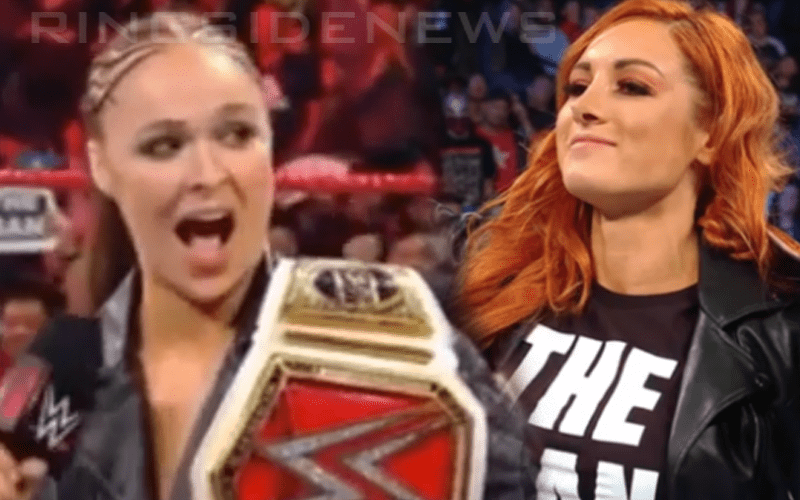 Ronda Rousey did not have a very good Monday in Phoenix after the Royal Rumble pay-per-view. Because she got booed out of the building. Now Becky Lynch is taking a shot at this by rubbing a big bag of salt in the wounds.

The Man posted a video of Ronda Rousey looking perplexed and messing with the crowd in Phoenix while they booed away. This video is also cut with scenes from a movie set where someone isn’t doing all that well.

At least she was able to keep this dig at a TV-PG level. You never know how Ronda Rousey will reply though. This is a work, but WWE isn’t too thrilled about some of the content they picked to go with.