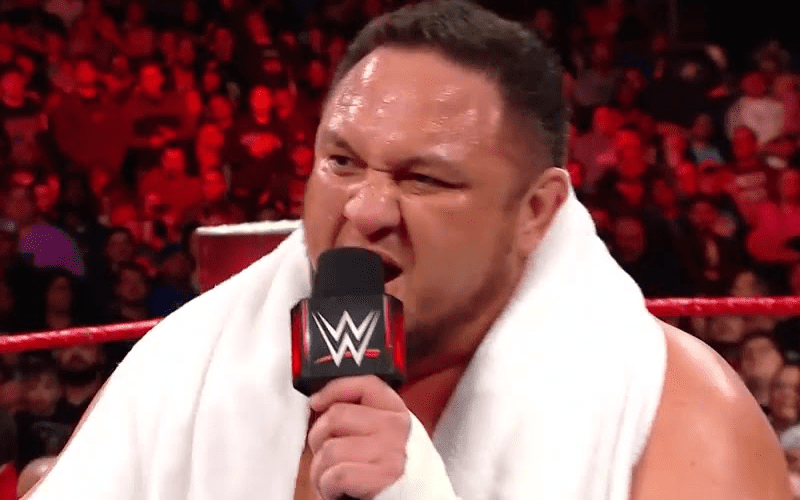 Samoa Joe fought hard to get a chance with WWE. He ran roughshod over TNA for a decade before finally getting an NXT contract, but he didn’t remain there for long.

After becoming NXT Champion, Joe was moved to the main roster where he is still a force to be reckoned with. However, he had to prove a lot of doubters wrong along the way.

Samoa Joe recently spoke to The Tacoma News Tribune where he opened up about the idea that WWE would never hire him. He also praised Daniel Bryan and AJ Styles for breaking the mold in a lot of ways.

“We all do, it’s something that we all feel. I think for us, we get these questions all the time on did we ever think we’d make it into WWE and for all three of us we had been labeled as either too big or too small and they’d say, WWE would never hire you. We were told that from literally day one. I remember [Daniel Bryan] got signed early on and then he got released early on at the very, very start of his career.”

“I know that every time I’m in the locker room and I’m working for some company in Malaysia or Germany and Japan I kept seeing the same guys from America in the locker room. I would be Daniel, it would by AJ. I think Bryan broke the mold for a lot of us guys who had been told they don’t fit the WWE model and I think it opened up the doors for a lot of guys to be successful in this company.”

Samoa Joe is presently focused on the WWE Elimination Chamber event. He will have a chance to walk away with the WWE Title if he can beat five other Superstars in the dangerous structure.

Only time will tell if WWE will give Samoa Joe a top title on the main roster. Just being such an instrumental part of the WWE Universe is way more than some of Joe’s detractors thought he would do which is plenty enough as he continues to silence his haters.