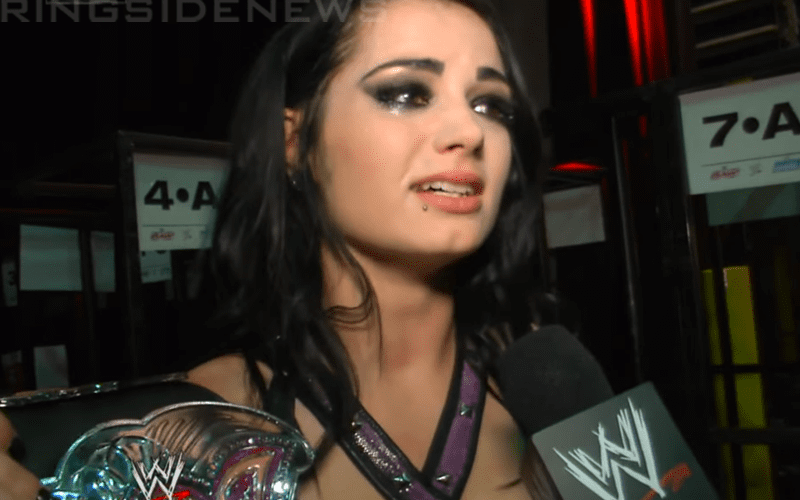 While watching her own WWE debut, Paige remembered everything about that night vividly. She said that The Rock told her on the previous day that he was making “Fighting With My Family.” So The Rock has been working on tha movie for almost four years and it is finally seeing its release.

Paige said she wasn’t told what was happening on RAW or why she was even there. Then Fit Finlay told her that she would have a “short match.” What Paige didn’t expect was that she would be winning the Divas Title.

The timing of The Rock deciding to make a movie about Paige and her title win is pretty interesting. It still made for a great scene in Fighting With My Family. The Rock even used a real Staples Center WWE crowd to shoot the scene.

This is a pretty great video and The Rock’s YouTube Channel released it. Paige has changed and matured in a lot of ways since then, but she is still the same in many aspects as well.

You can also check out a very emotional video that WWE put up of Paige after her title win.