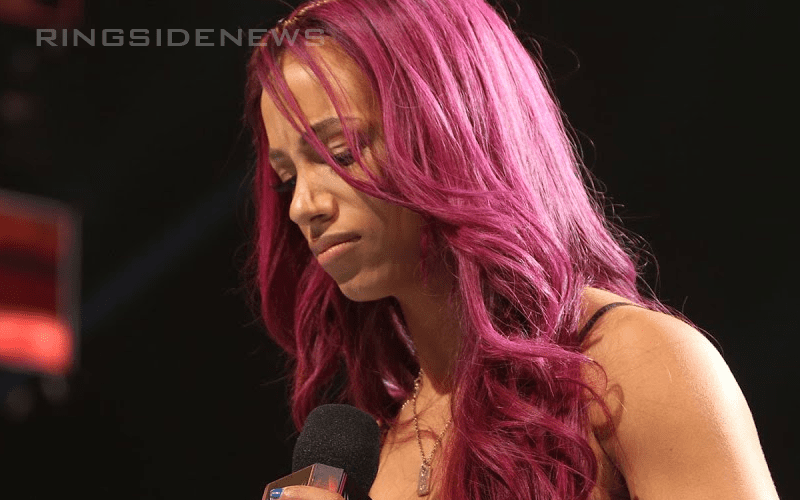 Sasha Banks and Bayley were set to compete at the Elimination Chamber pay-per-view on Sunday. However, it seems that The Boss will not be able to make that match.

WWE.com announced that Banks re-aggravated a shoulder injury during RAW. It was said to happen during the triple threat tag match that Bayley eventually lost. Now WWE says Bayley will be competing by herself to win the Women’s Tag Team titles.

If Bayley does have to enter the Elimination Chamber alone, then this could be a storyline. However, you never know in WWE so this injury angle on RAW could have been a way to write Sasha Banks off of .

It should also be noted that Dave Meltzer reported that Banks has been cleared. Either way, Bayley said that Sasha Banks will be there.

We will keep you posted as soon as we hear new information concerning this matter here at Ringside News.