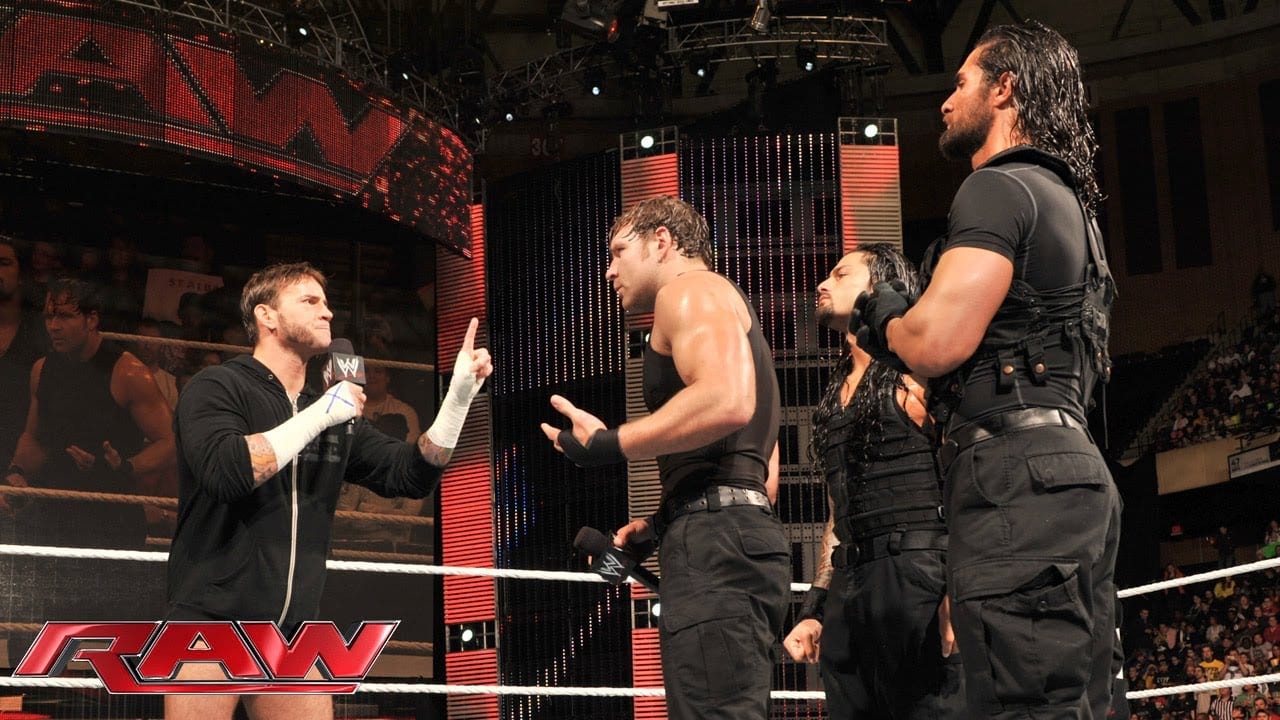 CM Punk had a lot of ideas when he was with WWE that the company didn’t use. The Shield was famously his idea, but WWE didn’t use his suggestions on who he wanted or how he wanted them to act.

Seth Rollins spoke about Punk’s plan for The Hounds Of Justice on E&C’s Pod Of Awesomeness. The Second City Savior initially wanted Kassius Ohno in Roman Reigns’ role, but that obviously didn’t happen. Needless to say, there was a lot going on backstage that Seth Rollins wasn’t privy to know back then, but Punk obviously had other plans for them.

“What I think happened, it’s a little fuzzy to me because it was behind the scenes, weird stuff going on, Punk was looking to help turn the roster around.”

“He saw the main roster, he saw that there were some hungry guys in NXT that, sort of, came up the same way he did, and he also saw that there was a lot of complacency on the main roster at the time with a lot of the guys. Especially some of the younger guys were just there, just happy to be there. Not trying to get better every week, and not trying to dish storylines, not pushing the envelope for themselves and for the company, and it was starting to hurt the product overall.”

“So he wanted to get us in there, us being myself, and Ambrose, and I think, maybe, Kassius Ohno/Chris Hero, but I’m not sure. But the company loved Roman from the get-go, and for all the right reasons.”

WWE saw big things for Roman Reigns so he got the nod to join The Shield instead. Now Seth Rollins will soon be the only active member of The Shield left in WWE after Dean Ambrose’s exit after WrestleMania. Roman Reigns is still out of action while he deals with his illness from leukemia as well. However, you can’t help but wonder how different things would have ended up if WWE would have used all of CM Punk’s ideas.