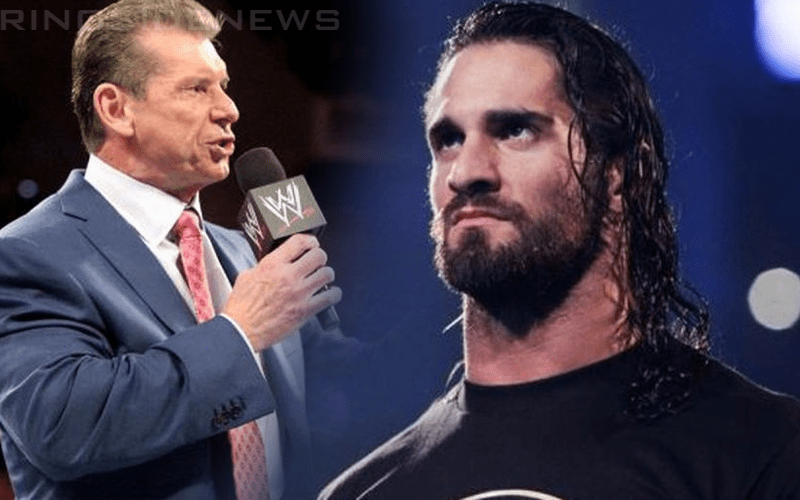 Vince McMahon knows what he wants. When he decided that Seth Rollins would be the man in The Shield to stab his brothers in the back, The Architect didn’t realize exactly what The Chairman had in mind. This caused a pretty big mistake in the ring that made Seth consider walking out as he explained to E&C’s Pod Of Awesomeness.

Rollins said it dates back to a match he had with Kofi Kingston on SmackDown before it was . McMahon wanted a squash match, but Seth Rollins had other ideas because he didn’t want to disrespect Kingston. However, that only enraged Mr. McMahon more.

“So it took me a little while to grow into who that person was, figure him out, try on different skins, and you know sometimes it didn’t work and Vince would get mad and you’d have to go — like one time on SmackDown I had this match with Kofi, it was when they were still taping SmackDown. I had this match with Kofi and it was meant to be a ‘get over’ match for me and now Kofi is someone I have a lot of respect for and who is someone I would never even in a match that was made for me to look good in I not like just squash Kofi. I just wouldn’t do it, I’d want to give him something, you know that’s just my nature.”

“So we went out and it was literally three minutes long start to finish bell to bell. Three minutes long and I gave Kofi a little bit and made him look good and beat him and I remember coming to the back thinking, ‘Okay that was alright.’ Vince was just furious about it — furious.”

“I didn’t get it and then Michael [Hayes] was trying to explain to me what Vince wanted out of the situation and they ended up having to make me and Kofi go out and re-do the match. I remember the feeling when they told me that I was so angry and embarrassed I was ready to walk out and not do it. I was like, ‘Never in my life — never. This should never happen to me!’ It was such a learning experience in retrospect that it’s okay to screw up sometimes, you know? It’s okay to try things and fail and learn from your mistakes and as long as you prove your second time around and don’t make the same mistake twice, like you’re gonna be alright. So it was little things like that for 6-8 months before I really started to figure out who I was.”

Thankfully, Seth Rollins went back out and did business the way Vince McMahon envisioned it.

If Rollins would have left, he wouldn’t be the first or last Superstar to go home after being unhappy with WWE. However, WWE History would be much different if The Architect would have decided to go with his gut instinct and leave.

If you would like to see the finished product of Rollins and Kingston’s SmackDown squash match, you can view that below.