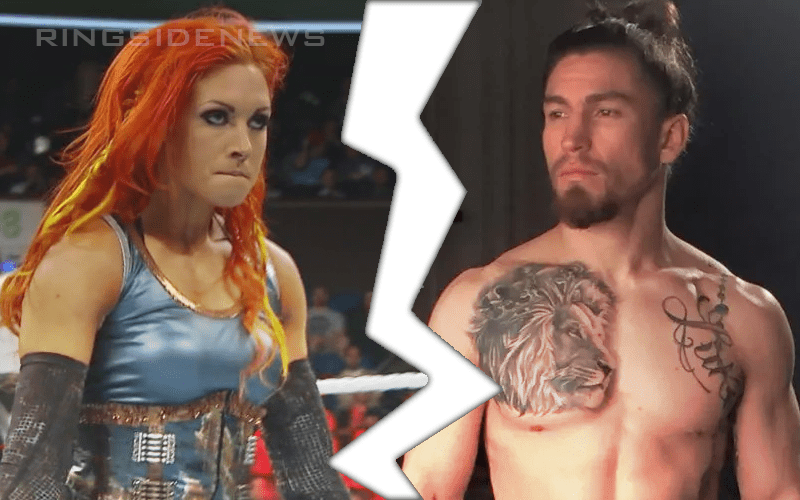 Becky Lynch is The Man and she is also a single woman. Lynch was dating UFC Fighter Luke Sanders, but the two couldn’t make it work. They broke up after having a good run together, but there was too much keeping them apart.

Sanders recently revealed to Fightful exactly what went wrong in their relationship. Sanders got custody of his daughter and needed to spend as much time as he could as a full-time father. This along with The Man’s constant WWE travel schedule made it too difficult to carry on as a couple.

“Everything was cool when we separated and it was mostly family stuff man you know with her and my daughter and me taking her on full-time at the end of the year after the last fight and you know being a father for her and a mom role all at once.”

“So that took a lot of energy. She travels a lot and does a lot of extracurricular activities and putting that energy in with her and really putting all of my energy into that and my opportunity to do that. I want her to know that I got her, forever and ever.”

Becky Lynch and Luke Sanders couldn’t make it work out. Sanders needed to focus on being a father and the time that Lynch spends on the road didn’t help either.

Just because Lynch and Sanders didn’t work out doesn’t mean that all MMA/WWE relationships are doomed to failure. Because Henry Cujudo was trying really hard to get with Nikki Bella recently and it sounds like she is game to meet up and see what happens.