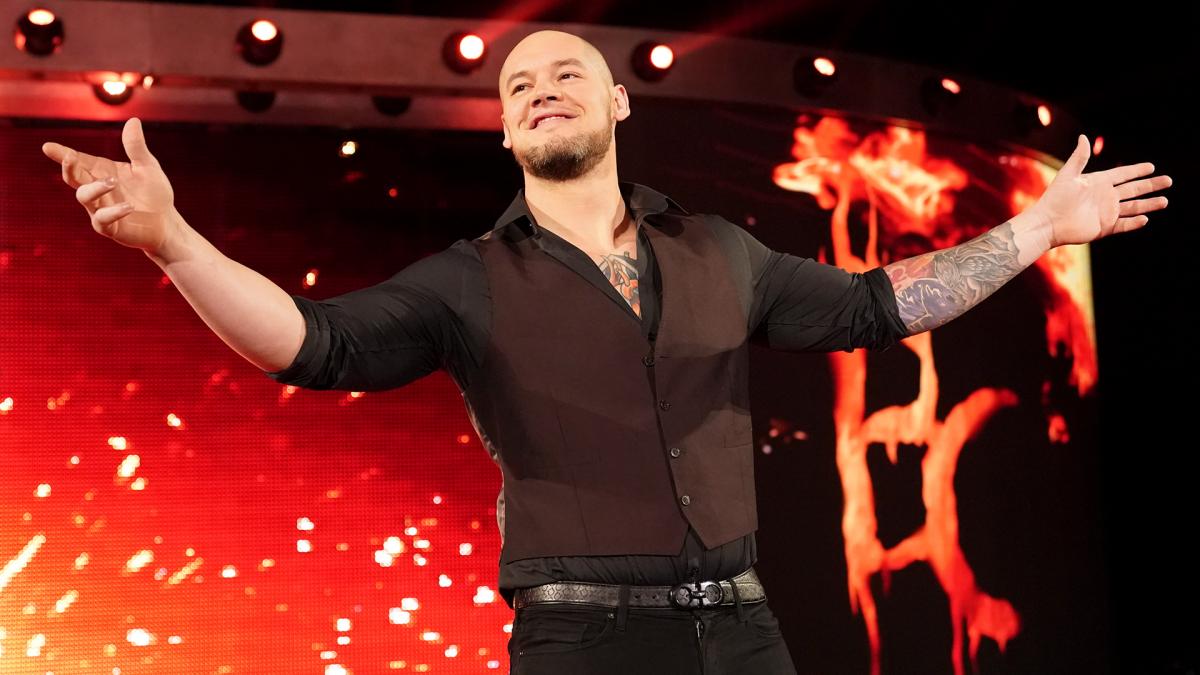 Baron Corbin is a fan of professional wrestling which is one of the main reasons why he decided to become a WWE Superstar. He might be one of the most hated heels in WWE, but as he spoke to Chris Van Vliet, Corbin was extremely personable. In fact, he revealed something that he never talked about openly before.

Corbin is known for his tattoos just as much as his TGI Friday’s ring gear. However, he’s not done getting tattoos by a long shot. The problem might be that he’s running out of room on his skin, but his head is still 100% on the table. In fact, this was one of the key reasons why he wanted to shave his head which was an eight-month process of asking for permission.

“I went to talk to Vince about cutting my head at one point and he said, ‘Not yet.’ I went to talk to him again and he said, ‘Okay we’ll see what we can do.’ I think it’s gotta go through legal and stuff like that because it’s on action figures and video games and all those things. It’s not just one person going, ‘Okay you can do that.’ Or if I just showed up with my head shaved I’d probably be out of a job. I gotta keep this appearance.”

“I can’t go and get tattooed without getting it ok’ed and stuff like that. Our appearance is what we do and it’s what kids see and what is marketed so you kinda have to have a method to the madness of it all.”

“I wanted to get it done and Bam Bam Bigelow is one of my favorite wrestlers […] not flames, but I would like to tattoo my head and getting rid of the hair was the first step to get to there, so.”

Baron Corbin said that the plan is for him to sport a head tattoo eventually. He remarked that “it might kill my mother so it’s one of those things that I’m going to work slowly into it.”

Corbin admitted that he doesn’t care what his tattoos will look like in sixty years because he will be ninety-years-old. He has apparently told some people about his head tattoo goals and they didn’t get it, but he seems pretty set on getting some ink on his dome.