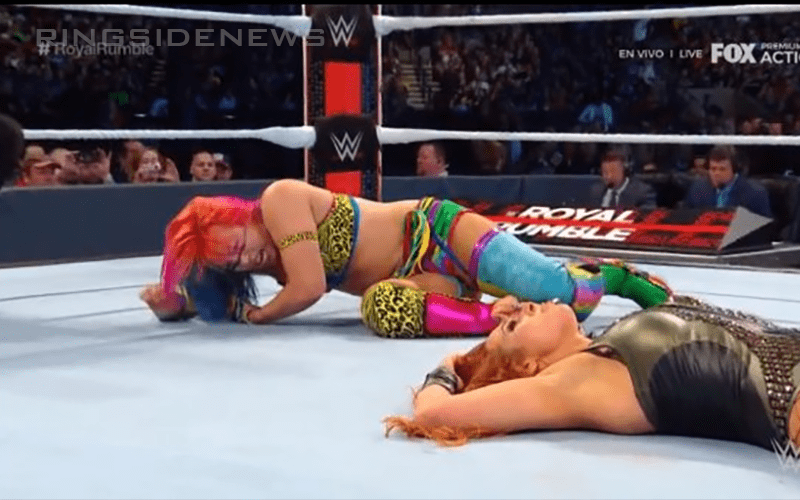 The WWE Royal Rumble started out with an intense battle between Becky Lynch and Asuka. These two battled on for the SmackDown Women’s Title and then something went wrong.

Lynch took a bump and then the video went black. Suddenly, when it returned, you could see Becky Lynch fixing her top.

This was another wardrobe malfunction much like what happened to Sasha Banks a couple of weeks ago, but this time it was the top portion that seemed to be the issue.

These two fought on and thankfully, nothing else slipped out. However, it was pretty evident that Becky Lynch experienced a dreaded wardrobe malfunction during one of the biggest matches of her career.