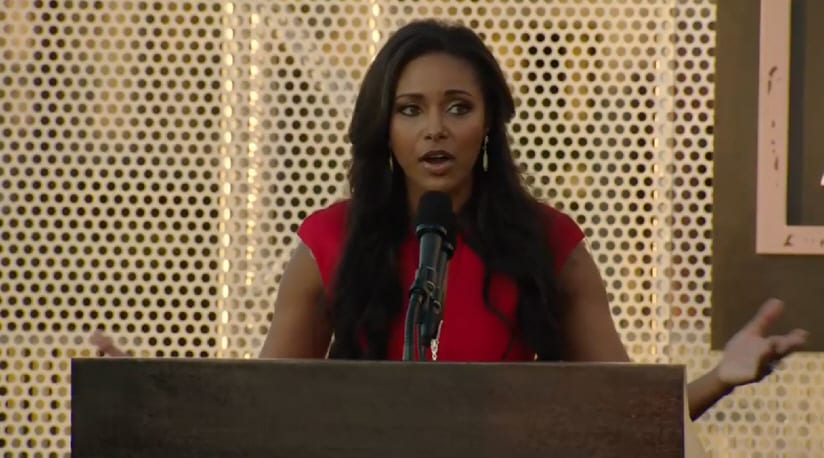 With AEW now confirmed, Brandi Rhodes has been chosen as the Chief Brand Officer (CBO) for the company. This has led many to question what skills she possesses that could make her qualified to hold such a position.

In an interview with the Black Wrestling Alliance, Rhodes went into detail as to what her responsibilities are as the CBO. She also addressed the qualifications she has that qualifies her to take on the role of CBO in the first place.

To begin with, Rhodes explained what a lot of the responsibilities she has are. She notes acquiring partnerships and marketing as two of these roles, among other things.

“This is a role that is a newer role in a lot of larger companies … each company tailors it to how they want it to work. In my instance, I have a lot of work that I’ll be doing with partnerships, a lot of outreach and a little bit of marketing. Some of those roles are shared with other departments. What people will see coming from me are more of the partnership aspects and the rest of the stuff is kinda behind the scenes. It’s really important for us for people to see what AEW is and one of the best ways to show that is by who we link up with and the kinds of things we do.”

Rhodes would then go into detail as to what qualifies her to take on the role of CBO for AEW. She cites her degrees in communication and journalism in association with her roles within the media over the years as reasons for this.

“A lot of people don’t know my background. When you get upset about something, do your research before you get upset about things … But you know, I have degrees in communications and journalism. I had full rank scholarship to the University of Michigan, which anybody in the north will tell you, I don’t know anyone that has had that at the University of Michigan, which tells you that I was a stand-up student. So, being able to have that and scholarships at the University of Miami, like I said, I’ve studied journalism, I’ve been in the media … I was a reporter, I’ve been an anchor, [and] self-produced writer. I’ve had a lot of experience in a lot of stuff that comes in the direction.

“Another aspect of being CBO is that you’re a face for the company and a lot of work that I’ve been doing in the last seven years in entertainment that has been very positive, so it’s always good to have a face that is comfortable with media and very well ingrained with what they are doing. I do see things like people saying ‘There are people more qualified.’ Really? I’d love to see them. Someone who has this much wrestling experience and able to do all sides to the job. Sure, there are people who have worked in corporate America for many more years than me, but they have to have the wrestling bones in order for this to work. That’s why a lot of times they are more familiar with entertainment but not familiar with sports. Had a great career there but when they come here they’re like a fish out of water.”

After reading her responses, do you feel Rhodes is qualified? Do you think she’ll do good in her position? Let us know your thoughts, opinions, and reactions in those comments below.