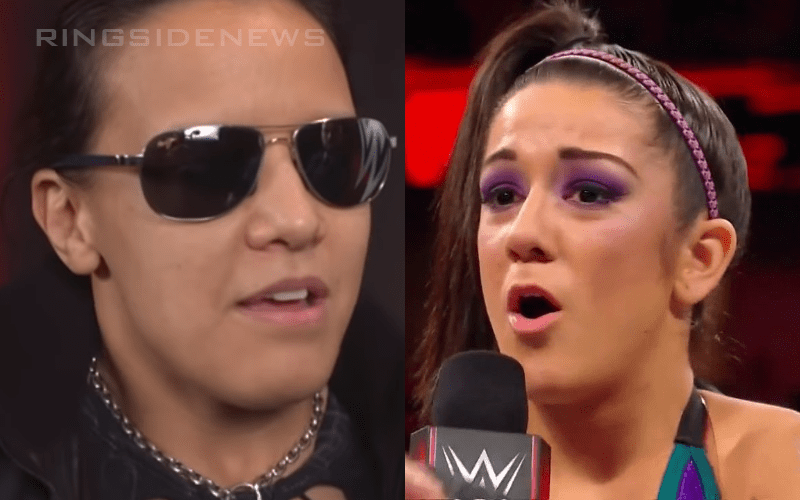 WWE currently has two sets of 4 Horsewomen in their women’s roster. There is WWE’s version with Bayley, Sasha Banks, Charlotte Flair, and Becky Lynch. Then there is the MMA’s version being Ronda Rousey, Shayna Baszler, Jessamyn Duke, and Marina Shafir. A match between the factions has been long-teased but has yet to transpire.

Shayna Baszler replied to a video about the 4 Horsewomen saying that they are an actual team unlike WWE’s version who she says were randomly put together. The MMA version also came first.

“We have never argued the fact they made history. But the 4 Horsemen weren’t just 4 random wrestlers. WE ARE AN ACTUAL TEAM. (& we had it 1st)”

Bayley heard enough from Baszler and had to comment. She wondered why Baszler is so defensive over her version of the 4 Horsewomen if she’s so confident at the same time.

“If you’re so confident in your 4 then why do you feel the need to defend yourselves so much, just shut up already.”

This is a pretty interesting tease and with WWE introducing Women’s Tag Team Titles very soon it makes us wonder if gold could eventually be in play if they ever arrange a meeting between any combination of these two sets of Horsewomen.